Dave Clarke’s new music was part of his cancer rehab 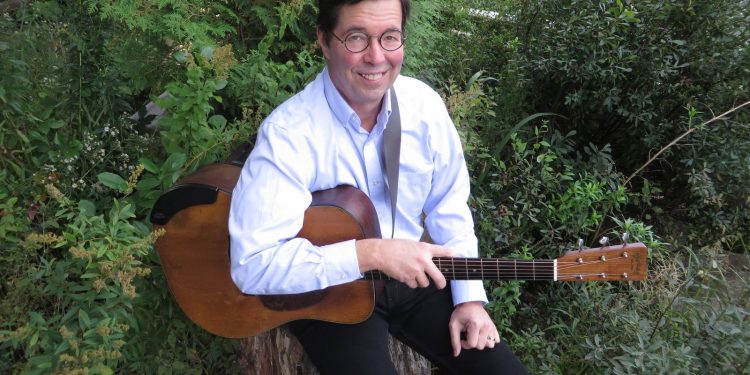 As a 10-year old, Dave Clarke got the chance to see the Beatles in concert with his brother and mother.

“We sure didn’t hear much for all the screaming!” he said.

So how amazing was it that during the most difficult part of his cancer treatment, the Beatles song “Across The Universe” with its chorus of “Nothing’s gonna change my world” would play over and over in his head. “Across The Universe” is the final track on Dave’s new solo album, The Healing Garden, which features tunes that chronicle his moves from Montreal to Victoria to Edmonton and back to Montreal. They also deal with his cancer battle.

“I remember when I first heard “Across The Universe.” I thought it was such a beautiful tune, and the words are quite amazing,” Dave said from Montreal. “When I was in the hospital going through the hardest part of my treatment, I remember the chorus going over and over in my head. After I came through the worst of it, I just got obsessed with that song! I found Rufus Wainwright’s version, which is beautiful, and I just had to figure out how to play it on guitar.”

The Healing Garden is the second solo release from the longtime guitarist of the trio Steel Rail. The album got its official release in November, although it’s actually been around for almost a year.

A renewed focus on solo guitar

“We did kind of a soft launch due to a number of factors,” he said. “There were a lot of things going on this year with COVID and other things. [Not] too many people have heard it yet, but the people who have seem to like it.”

Like it they do! Already the tune “A Thousand Days Like This” was runner-up in the instrumental category of the International Acoustic Music Awards, while the album as a whole is nominated for a Canadian Folk Music Award.

“I’m really pleased with the reaction so far,” he said.

A couple of the tunes, like “A Thousand Days Like This,” date back to Dave’s time in Victoria when he was a member of the trio Shearwater, but the majority come from his time in Edmonton.

“When I got to Edmonton in 2011, I started focusing on solo guitar more seriously,” he said. “I didn’t have a band to play with. I’d always had somebody to play with [for] all those years [so] I was really focused on composing tunes. Right when I started to do that I also noticed this small lump on my neck. It turned out to be non-Hodgkin’s lymphoma and a quite dangerous form of it. Most of the tunes are from over that two-year period where I got diagnosed, went through treatment and recovered. It was a pretty intense time but my guitar was always there, and I was expressing myself as best I could with my music. Even at the beginning, I felt [playing the guitar] was part of my rehab. There was a lot of music in me, I [just] had to learn how to play it. It was there, and it was coming out of this rather rollercoaster experience.”

Throughout Dave’s career, whether as a member of Steel Rail, Shearwater or backing up David Francey, he has explored different guitar tunings. A favourite is what’s called Malagasy tuning.

“I’ve been into open tunings for a long time,” Dave said. “When I played with David, some of those tunings came in really handy. With Malagasy tuning, sometimes called Drop C, you tune the bass strings low. You get some nice low notes, but the upper strings are tuned normally, so everything I know up the neck still works. I remember Cara Luft remarked one time, ‘Sounds great, and you’re not doing anything!’ So I guess it’s the guitar or the tuning that’s doing all the work.”

Dave’s moving across the country and back to Montreal was all in support of his partner, Lucinda Chodan’s career in journalism with Postmedia. Dave pays tribute to his partner in the tune, “Lucinda.”

“Lucinda is my partner in life and in music. We’ve been writing songs together for many years, but in that moment (during the cancer treatments), she was the rock I was counting on. She took time off work to take care of me. This song came to me in my recovery period, thinking about her and her grace. It’s just a tribute to the most wonderful woman.”

Dave’s focus for the new year includes the possibility of going to Charlottetown, PEI for the Canadian Folk Music Awards in April plus a couple of Steel Rail gigs.

“I don’t know if I’m going to do much solo work until later in the year. I would just like to hopefully find ways to get back into the folk community and share music with people.”

For more on Dave Clarke and The Healing Garden, go to daveclarke.ca.

Steve Dawson will release the first of ...