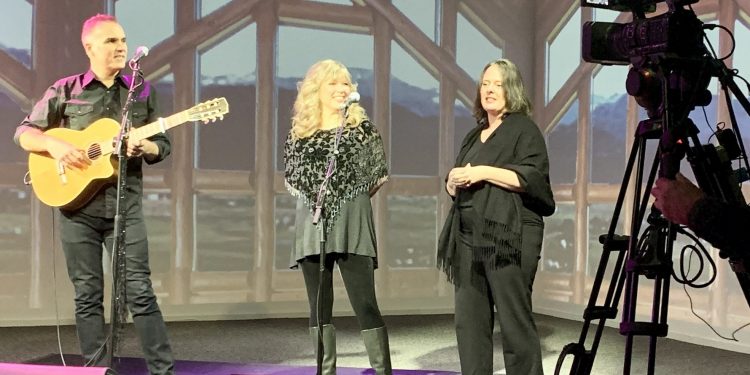 Canadian artists, including many members of the roots community, are uniting in concert Sunday and Monday to support those affected by the tragic flooding on the west and east coasts.

Viewers will be directed to the fundraiser’s website, where they can find artist profiles, information about the Red Cross, and links to donation pages supporting relief efforts in BC and on the East Coast.

Donations through the BC link will be matched by the BC government and the Federal government, meaning funds donated to this page will be tripled. Now that the ball is rolling, Bird explained, the sky is the limit for a fundraising goal.

‘It’s been a whirlwind’

Pre-production for the event was done on Wednesday at the Peggy Corkum Music Room in Nova Scotia and Hubcast Media Studios in Surrey BC. Some performances are pre-recorded while others will be live streamed.

The event was just an idea less than two weeks ago, event organizer Derek Bird said. But they let it out of the bag on Monday.

The event is a zero-budget grassroots effort, Derek said, and many artists were eager to help.

“Everybody said, ‘Absolutely. We’re in. What can we do? Where do I need to be? How many songs do you want?’ So that was very heart warming,” he said.

Artists like Doug Cox, Shawn Hall, and Danny Michel, who weren’t able to make pre-production or attend live have sent in recordings they produced themselves in home studios. Danny has provided his Danny Michel and Super Spreader songs where he plays all the instruments himself.

Though organizing the event has been a lot of work, Derek said, it feels good to see so many musicians wanting to help out.

“They always step up to give, and I’ve always marveled at that. I’ve always thought that that was one of the things that defined a musician,” he said.

Singer-songwriter James Keelaghan explained why he is participating in the show.

“You can feel powerless to help, but this is a way for musicians to use their talents to help bring some relief,” said the Calgary-born, Perth-based artist.

“I’ve driven Highway One and the Coquihalla more times than I can remember. While I don’t know anyone personally who was affected, I’ve probably eaten in their restaurants, gassed up at their service stations, played shows in their towns.” – James Keelaghan

“I’ve driven Highway One and the Coquihalla more times than I can remember. While I don’t know anyone personally who was affected, I’ve probably eaten in their restaurants, gassed up at their service stations, played shows in their towns. I’ve also travelled and played a lot in … the Maritimes. The same things apply. They are my fellow Canadians.”

James is choosing to play his songs “Gathering Storm” and “Safe Home” because of the message behind them, he said; “Gathering Storm” includes the lyrics, “Blow blow you winds of change / Knock me down and I’ll rise again / Come come the gathering storm /Trust in love and do no harm.”

“It’s a song about carrying on with life even when it gets hard,” he said. “‘Safe Home’ is a typical way to say goodnight.”

“I’ve always loved that, so I wanted to send that sentiment along,” he said.

“On our musician’s budget, we feel helpless to support financially – but this is something we can do.” – Reid Jamieson

“People are hurting. On our musician’s budget, we feel helpless to support financially – but this is something we can do,” he said.

It can be easy to tune out of the parade of tragedies lately, Reid explained.

“We hope to tune them back in long enough to give support if able,” he said.

Taping at HubCast Media on Wednesday felt like walking onto the set of “We are the World,” Reid added, referencing the 1985 initiative that saw American artists recorded a song for African famine relief.

“It felt amazing to be in the loving arms of our community. The folks at HubCast Media were amazing to work with. Just realizing how many of us care a great deal, even when we have so little to gig, we give,” he said.

“I had my basement flooded” – Brooklyn Blackmore

Singer-songwriter Brooklyn Blackmore is playing three songs for the broadcast including her unreleased song titled “Paint the Sky,” which is expected to be released next year. This past weekend there was a huge rainstorm in Nova Scotia where she calls home.

“Lots of bridges caving in, washed away roads, but for me personally, I had my basement flooded,” she said.

Luckily none of her things were ruined but the flooring of her basement gym and storage area were completely soaked. 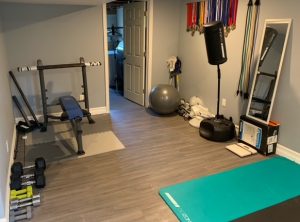 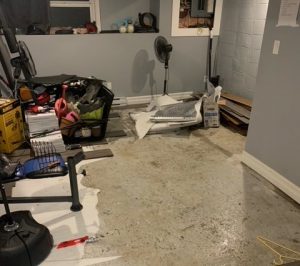 “It’s nowhere near as tragic as what other people have been through for sure, but I can’t even imagine because coming home to that myself was just like devastating,” Brooklyn said.

Many families are losing their homes and cherished items and being put in grave danger as the flooding has been catastrophic, Brooklyn said, adding it’s devastating to see, but seeing everyone come together to make a difference has been overwhelming in a good way.

“My heart is really with the families,” she said. “I hope that they can get through this really difficult time, and I hope we can make a difference with this concert and bring some change into these people’s lives.”

Organizer Derek Bird said he sends his gratitude to everyone responsible for making the event happen.

“I want to say to everybody involved and especially the musicians, ‘Thanks so much. Way to go,” he said.