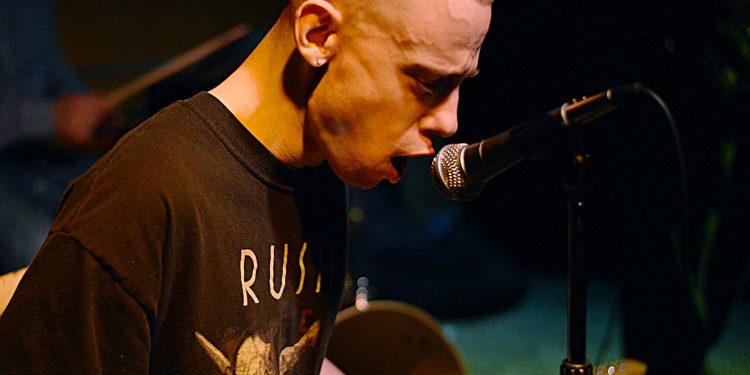 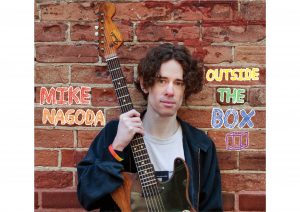 Mike Nagoda is a queer and disabled blues and roots musician and independent recording artist based in Toronto. Born with cerebral palsy, Mike struggled to play guitar in a conventional manner until he discovered legendary Toronto bluesman Brian Cober, who invented the art of double slide guitar in 1971. Mike eventually approached Brian to teach him this technique and Brian became Mike’s close friend and mentor until his passing in 2016. Mike is now proudly carrying Brian’s legacy to a new generation, marking the occasion of the 50th anniversary of Brian’s revolutionary invention. Mike Nagoda is the winner of the 2020 Toronto Blues Society Talent Search, and he received an Honourable Mention for the 2019 Amy Louie Grossman’s Music Scholarship.

As a queer and disabled blues musician, Mike writes and performs with strength, pride and compassion, and Outside The Box feels like a homecoming.

“For me, Outside The Box is all about celebrating what makes me different as both a person and a musician,” he said. “There are only a handful of out, proud, openly queer male performers in the blues scene today that I know of, and I’m one of them! I don’t know how many of us talk about queer, same-gender relationships among men in our lyrics. It’s just not something that’s done in blues. I really wanted to change that with this record and finally start to give queer men a voice and visibility through telling my own story, and hopefully open the door for queer men to start telling our stories in blues.”

With ten remarkable tracks bending genre lines and breaking societal barriers, Mike’s sophomore release takes the listener on an epic aural journey, all born from his love of blues music. From the first track “He’s My Man,” an upbeat shuffle that is as loud as it is proud, to “Kingdom of Heaven,” originally written about a post-apocalyptic United States but transformed into a warning against white supremacy, Outside The Box tells stories that are political, personal and relevant to the struggles of so many in today’s world. The smoky jazz-tinged “O, Maximus!” while it’s a fictional story set in ancient Rome, is also a think piece about queer oppression. In many parts of the world, what the song talks about—government oppression and destruction of queer relationships and the suicide that often results from it—still happens today.

The title track, “Outside The Box,” is one of the more challenging songs on the album. In his own words, Mike tells of its birth.

“Lyrically, this tune is probably my most personal,” he said. “When I was growing up, I used to be a devout Roman Catholic, and eventually somewhere down the line, I de-converted and realized I was an atheist. The song is about telling the Church and God, “Bye! I’m out of here!” and embracing my sexuality and identity, and embracing who I am, full-on. The full belted scream at the end of the final chorus is a scream of joy at finally finding my own freedom from years of shame and guilt and oppression and embracing who I truly am.”

“Conquistador” is inspired by the music of the great Latin percussionist and bandleader Tito Puente and is a track that lets each musician shine and bring their individual influences in a wonderful tribute to Tito’s music. The record ends the same way it begins: with a blues shuffle about celebrating queerness. “We Got A Party” is “all about celebrating our various genders and sexualities as a community at Pride every year,” Mike said. “It’s that embracing of queerness again, this time on a communal level.”

Produced by Chris Birkett (Buffy Sainte-Marie, Sinead O’Connor, and others), the songs on Outside The Box are expertly performed by Mike Nagoda and the Spectrum Blues Band, with Mike Nagoda on acoustic and electric double slide guitar, Hammond organ and vocals, Peter Johnston on electric guitar, Anthony D’Allessandro on acoustic and electric piano, D’Arcy Cain on bass guitar and Jeremy Ronson on drums, woodblocks, cowbell and crotale. There are many special guests on the album as well, including Frank Cosentino, Nelson Sobral, Jesse Dangerously and The Mighty Rhino, Michael Keith, Liam Ward, and more.

Mike Nagoda now brings his brand of soulful, progressive queer electric blues and roots music to the Canadian and international scene, taking double slide guitar into the next 50 years and beyond, all while telling stories that so many have wanted to hear for so long, and now finally can.