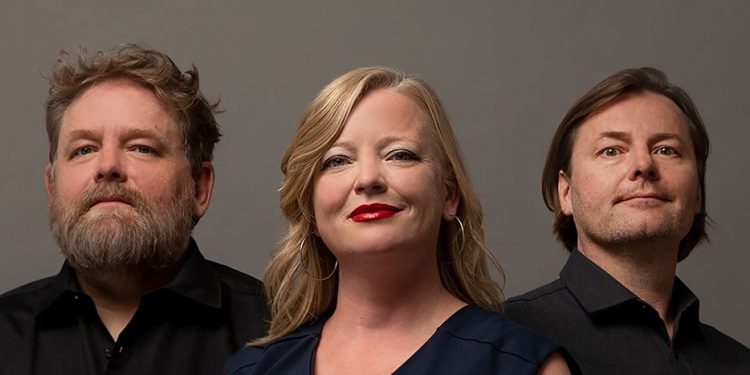 For those unfamiliar with the McDades, they are an immensely talented Celtic-rooted group out of Edmonton consisting of three siblings: Shannon Johnson (violin and vocals), Solon McDade (bass and vocals) and Jeremiah McDade (whistles, bansuri, saxophones, guitar and vocals).

They began performing at an early age with their parents, Terry and Danielle McDade, as the McDade Family Band. That continued from 1974 to 1994. Accolades for the three siblings in their current configuration include a Juno Award in the Roots/Traditional Album (Group) category and two Canadian Folk Music Awards: Best World Group and Best Instrumental Group.

“Celtic-rooted” is a useful way to describe the McDades’ sound as every mention you are likely to find begins with some reference to genre-busting; diversity of sources, influences and stylings; or “punching through the wall of tradition,” all of which is true.

Though unmistakably Celtic, they are also influenced by jazz improvisation, a rhythmic sensibility that is beyond exciting, and an interest in drawing on other cultures, notably the Middle East and India.

All of this is a preface to the welcome news that they have a new album out called The Empress. Among the 11 tracks are beautiful vocal treatments of traditional tunes; stunning instrumentals on other pieces; and even a couple of surprises: a gorgeous cover of Gordon Lightfoot’s “Sundown” and an emotionally powerful rendering of “Plain Gold Ring,” a song recorded by Nina Simone in the 1950s.

Though each member of the group is a master musician open to the possibilities presented by various musical styles, that doesn’t tell the whole story, nor does it fully explain the success they have had to date. Perhaps the added measure is in the family relationship. Jazz musicians speak of playing off of each other, or communicating with other players in a process that at times creates something truly original. With so much history, both personal and professional, that seems to be what comes through. The results are impressive.

What to see at Vancouver’s Rogue Folk ...

Registration is now open for next summer’s ...