What to see at Vancouver’s Rogue Folk Club – in person or online! – this December 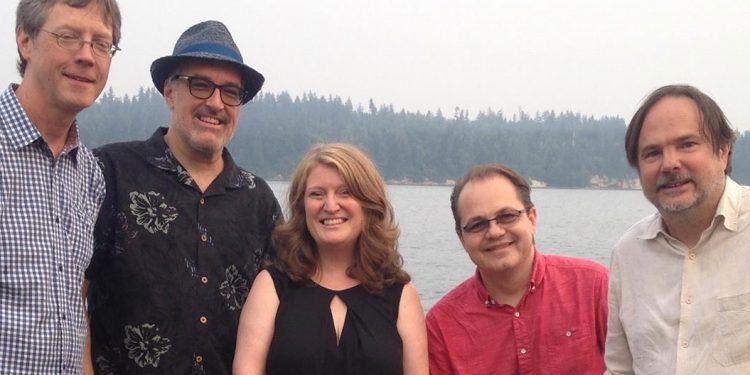 Vancouver’s Rogue Folk Club is not letting up with the great music as we roll toward the holiday season – and you don’t need to be in Vancouver to see the shows!

As with all of their shows since they relaunched after the pandemic, the Rogue is offering an online option at a discounted rate.

John Reischman and the Jaybirds – Dec. 4 at Mel Lehan Hall at St. James

Like the powerful mandolinist and composer at its helm, John Reischman and the Jaybirds fashion a stylish take on bluegrass that seamlessly blends original songs and instrumentals with Appalachian old-time music for a truly unique band sound. Now in their 20th year, with seven acclaimed albums and two Juno nominations to their credit, the Jaybirds are simultaneously innovative and unadorned, sophisticated and stripped-down, happily old-fashioned and 21st-century contemporary.

Blackthorn is a Canadian Celtic folk band that saw its inception back in 1989 with a group of musicians who found a common interest in a music that wasn’t all that common in Vancouver at the time. Early highlights included performing at Vancouver’s seminal Celtica Festival in 1990 along with De Dannan and Andy M. Stewart and performing and recording with the World Champion SFU Pipe Band. Since then, the group has travelled a long road through the streets of traditional and contemporary Celtic music, performing concerts and Celtic and folk festivals and highland games throughout Western Canada and the Pacific Northwest.

Tim Readman is a musician, singer, songwriter, producer and music journalist, originally from County Durham, England and now based in Vancouver BC. He has an extensive repertoire of original songs and can also perform everything from traditional folk songs to contemporary material. He is the leader of Canadian Celtic/folk favourites Fear of Drinking, with whom he has recorded four albums, and has played for years with Canada’s clown princes of musical comedy, The Arrogant Worms. Tim has an infectious sense of humour and a real ability to engage an audience with his stories and songs.

Prairie Wolfe is a native of Vancouver, BC. She got her fiddling start over 20 years ago, inspired by Canadian/Metis fiddler Anne Lederman. She went on to other styles of fiddle, including Scottish, Irish, Quebecois, and Cape Breton (where she followed Buddy MacMaster around for a summer). Prairie is a founding member of infamous MIT contradance band La Banane Enchantee and has appeared in Todd Wong’s popular Gung Haggis Fat Choy Scottish-Chinese cultural extravaganza.

Vancouver Celtic-funk combo Mad Pudding has performed over a dozen times at the Rogue. With their unique blend of instrumental swagger, impeccable harmonies and powerful original songs and tunes – not to mention rollicking traditional medleys of jigs and reels – they were not only the darlings of the Rogue / roots / Celtic crowd in Vancouver, but also popular attractions at festivals and concerts and dance halls across Canada and into the USA. They released four CDs plus a 10-year retrospective. The best-loved and most enduring line-up of the band reunites on rare occasions. This is one of those occasions!

Dalannah Gail Bowen has been singing professionally for more than half a century. Her early bands in western Canada opened shows for the Guess Who, the Monkees, Thin Lizzy, Chillliwack, Willie Dixon, BB King, Freddie Hubbard and more. Her life took a turn while living in Oakland when a series of events left her homeless and living in addiction. She had a stroke, was in a coma, came out of it and never drank or did drugs again. She released her first professional recording, Mamma’s Got the Blues, in 2008, which was warmly received by critics and earned her new fans. Since then, she’s been inducted into the New York Blues Hall of Fame and had her album, Been Around A While, named one of the top blues CDs of 2015 by Downbeat Magazine. Her newest release is called Looking Back and features a blend of originals and carefully chosen cover songs; all related to our current relationship with Mother Earth and with each other.

Renowned for the quality of their musicianship and for being great entertainers, Van Django’s variety show is a festive Christmas mix of jazz standards, nostalgic favourites, classical elements and pop tunes, plus a few surprises – all delivered in swinging gypsy jazz style. Folks of all ages can celebrate the season at this fun and festive Yuletide show. Joining Van Django’s violinist Cameron Wilson, guitarist/cellist Finn Manniche and bassist Brent Gubbels will be guitarist/vocalist Andy Hillhouse and stellar vocalist L.J. Mounteney. A huge success when they performed the show at the St James Hall at Christmas in 2013, 2014, 2015, 2016, 2017, 2018, 2019 and 2020, the band returns for a ninth year! This will be the only performance in the area. Or any area, for that matter. And yes, the ugly Christmas sweater contest will return!