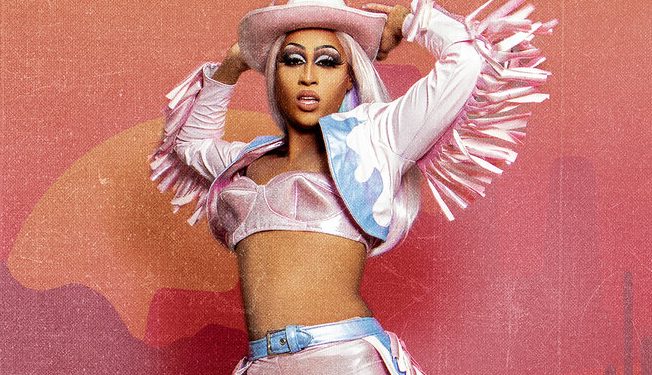 The country music establishment has come a long way since the days when country radio stations removed k.d. lang from their playlists after she came out as queer.

Tonight, the Canadian Country Music Association will hand out its annual awards in London at a ceremony co-hosted by Priyanka.

Yes, you heard that right: Priyanka, the winner of Canada’s Drag Race season one.

The move clearly caught even Priyanka herself off guard, as she told several media outlets that she thought she was being pranked when she got the call asking her to preside over the ceremony – alongside current Canadian country sensation Lindsay Ell.

“We are making history this year at the CCMA Awards,” Priyanka said in a news release announcing her role. “Music has such a special place in my heart and so does hosting TV! Being able to put the two together is making my heart explode. Country music is so beautiful and I’m such a big fan. I can’t wait for Canada to see that I’m your country queen!”

The ceremony takes place tonight (Monday night) at 8 p.m. ET / 5 p.m. PT and will live stream exclusively on the Global TV app and Prime Video. People in London, Calgary and Edmonton can also listen to the event on the radio on Country 104 (London), Country 105 (Calgary) and CISN (Edmonton).

Meanwhile, like most awards shows do, the CCMAs gave away a number of awards at a special gala prior to “the main event.”

That ceremony took place last night.   It included both artistic and industry awards.

Here are the winners in the artistic categories.

Interactive Artist or Group of the Year
Lindsay Ell

PRS Guitars Video of the Year
“Make A Life, Not A Living” — Brett Kissel

The McDades are back! Jan Vanderhorst talked ...

What to see at Vancouver’s Rogue Folk ...