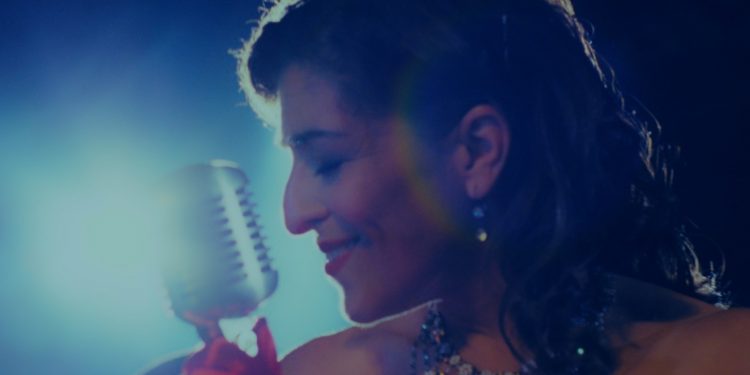 Anyone looking to balance a career in music with a happy family life without getting caught up in the pressures of the music industry can look no farther than Yael Wand for a role model.

From 2004 to 2009, working out of her rustic home near Wells, BC, she released three albums of timeless, beguiling folk music earning praise from the Toronto Star, Exclaim, and Bravo television. (This was the era when independent folk artists could still command such attention.)

She was heavily involved in the Wells arts scene and sometimes supplemented her income working in the nearby museum town of Barkerville. But she also toured nationally in a Volkswagon van powered by bio-diesel.

Then she had children, and she’s spent the past decade being a mom first and a musician second – though she has maintained her connections to the arts scene.

Now that the kids are just a little bit older, Yael is back to recording, releasing her first album since 2009, Saltwater Heartwood.

And today, we’re excited to premiere a video for the song “That Need Be Done.”

The video was directed by Deanna Milligan with cinematography by Ramsey Fendall.

The three teamed up again after collaborating on the video for the album’s first single, “Navigate By the Stars.”

“[‘That Need Be Done’] is one of the first songs I wrote after moving back to the BC coast,” said Yael, who is now based on Saltspring Island. “I found myself exposed to a certain compelling appetite for change-making that I hadn’t experienced in some time. It’s the opposite of apathy and hopelessness.”

Yael enlisted musicians and friends Alan Kerr (upright bass) and Christina Zaenker (cello, vocals) to record the new album, and both are featured in the new video.

“We drove up to Corwin Fox’s Hidden Well Studio in Cumberland, BC with the intent of creating a more or less live off the floor album – quick, raw, rustic and authentic,” Yael said. “For the most part we kept to that approach, but the unanticipated wrench of the pandemic actually gave Corwin and I the opportunity to let a few songs develop further in the studio, and the album truly benefits from Corwin’s signature magical touches.”

She describes the album as an opportunity to bookmark the transitions she’s undergone over the past 10 years – “transitions of home and community, my role in life, my relationships, even my age,” she explained.

“It felt like a major accomplishment to make a record after taking such a long break to focus on family and home… The songs on this album have an underlying narrative of reckoning and of re-forming myself as a musician and mother.”

The lush new songs are an ode to self-discovery and to the subtle-yet-profound moments of life.