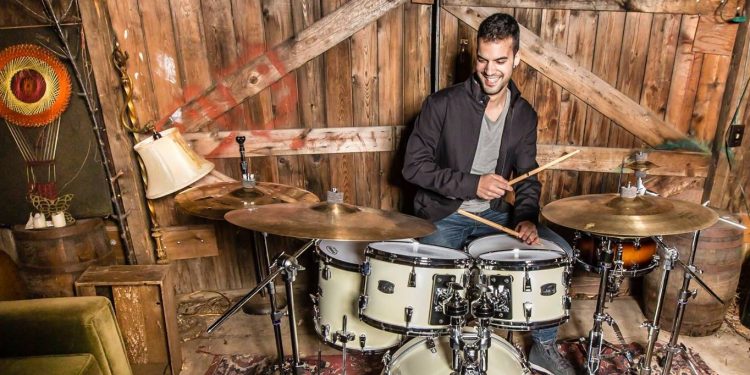 Toronto-based drummer, composer, and producer Marito Marques, who has worked on several Grammy, Juno and Latin Grammy-nominated albums, has released his own new track “Manjerico,” which bridges cultures through collaborations with traditional Portuguese cante alentejano group Os Vocalistas and MARO (from Jacob Collier).

“Manjerico” — pronounced Mun-Juh-rEE-co — is the latest song to land from the multi-talented artist’s newest LP, A Ponte.

Drawing melodies from original compositions and lyrics that are 200 to 400 years old, the songs feature vocals that are inspired by the genre cante alentejano. Marito’s timeless tunes, modern style, and decision to produce the album by collaborating with both Portuguese and Canadian musicians makes it accessible to both international Portuguese communities and the greater public.

“I want to show to the Canadian audience, and the world, this beautiful music genre presented in a modern way,” Marito said of the release. “I’ve always had respect and admiration for traditional Portuguese music and, since I moved to Canada in 2013, this fascination grew even more.

“This record is about the longing to bridge these geographical and cultural gaps.”

The album title means ‘The Bridge,’ and the song and the concept of A Ponte couldn’t have come at a better time.

As the COVID-19 pandemic continues to leave Canadian immigrants asking when they will be able to visit their hometowns and families again, Marito offers the Portuguese community, music lovers, and those missing travel a way to stay connected to culture during these trying times. He demonstrates first-hand how the arts provide ways for people to stay connected to their roots, and also for others to learn about different cultures; he understands that the need to support multicultural communities is more evident than ever.

Marito Marques is a prodigious musician from Arganil, Portugal who, at only five years old, began playing live. His talent quickly garnered the attention of musical legends such as Donna Grantis (guitarist for Prince), Jeff Coffin (saxophonist for the Dave Matthews Band), and Fado icon Carlos do Carmo. He earned Grammy nominations with the Afro Peruvian Jazz orchestra for Best Latin Jazz Album and Latin Grammy nominations for Best Arrangement.

“Manjerico” and A Ponte are available now.