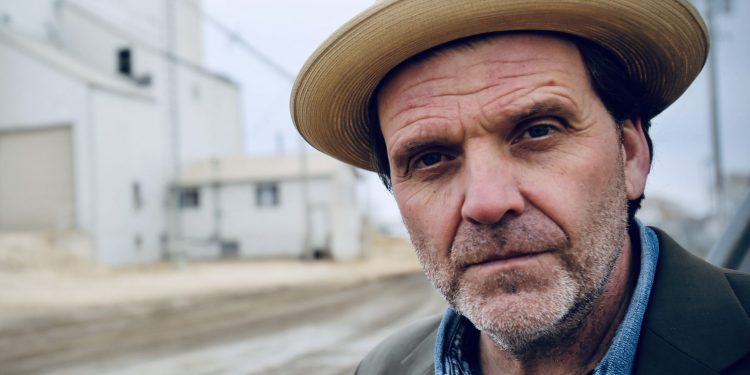 Today, Edmonton, AB-based Americana artist Mike Plume releases “Shreveport To L.A.,” a brand new single to mark his return to touring life. A gritty slab of classic alt-country, “Shreveport To L.A.” once again demonstrates why Mike has been considered one of Canada’s finest songwriters for the past 30 years. The song is also the perfect companion piece to Mike’s 2020 album Lonesome Stretch Of Highway, which American Songwriter praised for being a collection of “rallying cries for turbulent times, yet given their optimism and exuberance, [Mike’s songs] encourage a listener’s spirit to soar regardless.”

“I wrote ‘Shreveport to LA’ a few years ago in Nashville with Billy Montana,” Mike said. “I tried to capture this song on record countless times but never managed to haul it into the boat. It’s a song about regrets—the ‘coulda shoulda woulda’s.’ A guy leaves his home in Shreveport, LA to track down the girl in L.A. he let slip away. He drives all the way there only to realize that she’s better off without him. He turns around and drives home without ever saying a word to her. I’m so thrilled to finally capture the song, sonically and thematically, the way I’ve heard it in my head forever.”

Having first arrived on the scene in the midst of the alt-country insurgency of the early 1990s, Mike Plume and his loyal band have logged countless miles around the globe, touring with the likes of Steve Earle, the Mavericks, John Hiatt and others, while befriending legends such as Levon Helm and Stompin’ Tom Connors. The lessons he’s learned along the way have left an indelible mark on Lonesome Stretch Of Highway, with its songs destined to take a place among his best-loved tunes.

Mike has long been known for his richly detailed storytelling style and unyielding devotion to rock and roll’s original spirit. That’s all present on Lonesome Stretch Of Highway, powered by Mike’s earthy, uncompromising voice. That combination is proof that one of Canada’s most accomplished singer-songwriters remains at the top of his game.

Mike Plume is currently taking his first steps back to playing live in front of audiences, and tour date announcements are expected to roll out over the next several months.

“Shreveport To L.A.” is available via Royalty Records, on all digital platforms, or from Bandcamp.