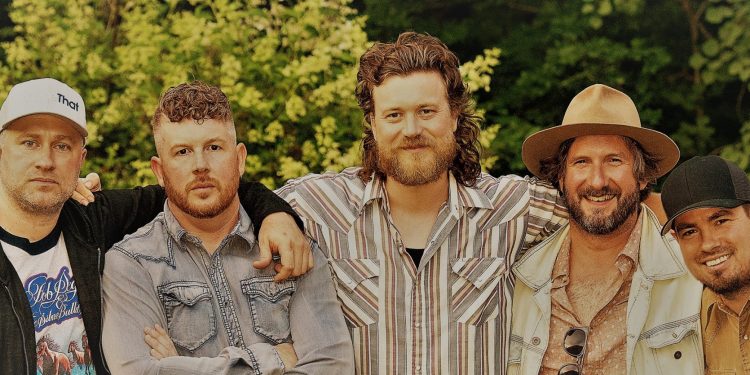 If you thought Halifax, NS-based country rock band Hot Mondy couldn’t pull any more aces out of its sleeve this season, you are sorely mistaken. Featuring the all-star cast of musicians you have come to know and love, their newest single “Desert Moonlight” creates an illustrious image of vagabonds and bagmen working under the cover of darkness.

Featuring five friends who have a passion for outlaw country music, Hot Mondy recently debuted its single “Pale Embers” and, while the track created an emotional and dramatic picture of the final strings that tend to keep fading love together, “Desert Moonlight” steers Hot Mondy in a different direction.

“Desert Moonlight is a pulpy roadhouse epic that tells the story of a bagman who does his work under the cover of night,” lead singer Matt Rhind said, which doesn’t do their newest single justice. In addition to being a succulent ballad about a middleman working under the cover of night, “Desert Moonlight” serves as a masterclass in vivid storytelling through a musical medium.

While being extremely talented and versatile in their own rights, Hot Mondy has an incredible ability to enlist the perfect talents to accompany their productions. It all started with multi-Juno winning producer Michael Phillip Wojewoda dedicating months of his time to hone Hot Mondy’s sound into the Pale Embers EP, which features Hot Mondy’s newest release, “Desert Moonlight.” From there, Hot Mondy sought after accredited film director Brad Tobler of Imagine That Films to assist in creating a visual space for the album, leading up to the eventual release of a full visual album for the Pale Embers EP.

While it’s hard to say what is next, but Hot Mondy’s blend of country, roots, and rock create a devastatingly addictive listening experience that leaves the listener fiending for another “drop” of music.