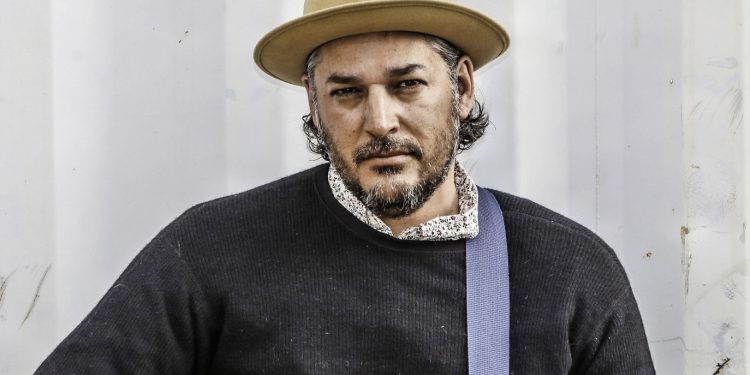 Attawapiskat roots-rocker Adrian Sutherland first came to the world’s attention as the frontman for the band, Midnight Shine, whose Cree-English cover of Neil Young’s “Heart of Gold” was featured by media around the world.

Last month, he finally released his much-anticipated solo debut after teasing us with a string of enticing singles like “Politician Man” and “Respect the Gift.”

The album is called When the Magic Hits, and it was released in conjunction with another single, a quasi-title-track called “Magic Hits.”

“My new album is about deeper meaning for me,” Adrian said in the news release announcing its launch. “These songs allowed me to explore some personal stuff I’ve never been able to on past albums. Some of the themes are sensitive, but it was important for me to write about them, like fighting through losses and traumas, and learning to appreciate everything I have today, because it hasn’t always been clear to me.”

Seven of the tracks were produced, engineered and mixed by Canadian-born producer Colin Linden, who worked remotely from Nashville while Adrian remained isolated in northern Attawapiskat.

Colin also lent his legendary guitar talents and back-up vocals to the tracks, helping bring Adrian’s songs to life with a whole new depth of heart and soul.

“The songs are emotional and powerful for me to listen to now. They move me in ways like nothing else I have written,” said Adrian, who is a traditional knowledge keeper and respected cultural leader who is fluent in Mushkegowuk Cree. “The talent who came together to help me make this album – from the producers, to the musicians, to the songwriters who collaborated with me – their passion shines through in every song. I absolutely love this album and hold it close to my heart.”

Why J.P. Cormier may never return to ...