Jesse Cook announces the release of his 11th studio album, Libre, out Dec. 3 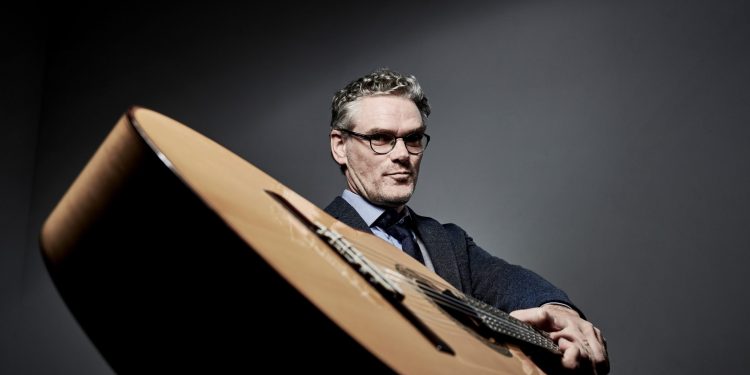 What happens when you let multi-platinum producer, composer, and guitarist Jesse Cook off-leash with Algerian multi-instrumentalist Fethi Nadjem and some 808 trap beats? You get Jesse’s newly-announced album, Libre — coming Dec. 3.

“I wrote and recorded Libre during the pandemic when, like most people, I was longing for freedom,” Jesse said of the new project. “My music was my escape from the four walls that surrounded me, and the storm that was swirling outside.”

The inspiration came from a long summer-day drive with his 14-year old, Jesse revealed. “My daughter entertained me with her favourite playlists, much of which were trap and 808-inspired. I loved them too, and a question was planted in my mind: ‘What would my music sound like mixed with those sounds?’”

He wasn’t short on material to draw from; it’s been more than 25 years since the internationally-lauded virtuoso first stepped onto the scene with his now-iconic release, Tempest. In the time since, he’s earned ten gold and platinum studio albums with combined sales of more than two million copies, five concert DVDs and live discs, five PBS specials and multiple awards — a Juno win, 11 nominations, three Canadian Smooth Jazz Awards, a Gemini, and an Acoustic Guitar Magazine Player’s Choice Silver Award.

The digital convergence of the past several years has also resulted in Jesse’s music being streamed in rather impressive numbers across a series of platforms; by September 2021, his Spotify stats had surpassed 55 million, and plays on Pandora had soared beyond 300 million. His YouTube channel has accumulated upwards of 25 million views since 2010.

It was this ready-set relationship online with his legions of fans worldwide that inspired Jesse through the past 18 months. With gear cases locked and loaded, about to set off on a national 25-date tour marking Tempest’s monumental anniversary just as COVID-19 shuttered stages, Jesse made use of the time he suddenly found himself with, with a series of creative experiments — including re-visiting hits like “Wednesday Night at Etric’s,” “Tempest,” and more — unveiling them in relative real-time across his social profiles.

At 10 tracks, which include re-treatments of tracks like “One World One Voice,” “Jaleo,” and “Hey!” the release of Libre continues this pattern of Jesse revisiting his distinct repertoire down newly explored sonic streets.

But while it may sound like a new style for both long-time fans and those newly gathered, reconnecting with an 808 sound takes Jesse all the way back to his beginnings.

“I was in Grade 10 when the Roland TR808 drum machine was first released,” Jesse said. “I remember pooling my money together with friends in order to rent one for our mad basement recording sessions. We were spellbound; all of its drum sounds were made by an on-board analogue synthesizer, which gave it this other-worldly quality.

“Of course, I had no idea that, all these years later, the 808 would come to define so many forms of music — from hip hop, to rap, pop, reggaeton, and trap… And now, I get to incorporate it into my own.

“For many of my fans, it may seem like a huge departure for me to record an album dominated by 808 beats but, to me, it feels like I’m coming full circle… Kinda like when wide leg jeans came around again; it’s a bit like coming home.”

Libre will be available Dec. 3. “Libre” is available now.