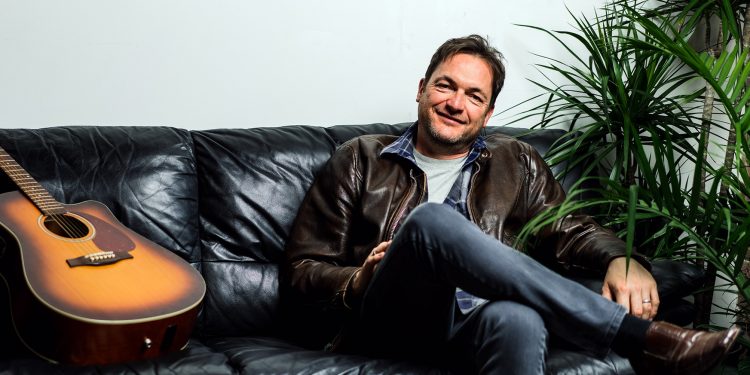 Vancouver’s Rogue Folk Club is back in full-swing this fall, albeit with about half the number of people at shows as we saw before the pandemic.  And that means the return of our show highlights here on Roots Music Canada.

The club has a full slate of shows this month featuring a ton of talent from the region.  For more information on any of these shows, please visit www.roguefolk.bc.ca or call 604-736-3022.

Since emigrating from his native England in 2002, Chris Ronald has been winning over audiences on this side of the pond with his poetic lyrics and a buttery fusion of roots and Americana music reminiscent of 1960s revivalists and 1970s singer-songwriters. Chris first got hooked on songwriting at age 15 when he put to music a poem he wrote in high school. But he only started to perform in public after he moved to Vancouver in his 30s and self-produced his first albums so he had CDs to sell at his gigs. Fast forward a few years, and Chris now has five albums under his belt and a number of accolades to his credit, including a Canadian Folk Music Award nomination. He is also signed to Borealis Records.

Syd Carter West’s music exists at a crossroads where Southern roadhouse blues and rustic country/Americana ignite with the bravado of 70s arena rock. Finely tuned narratives and expansive melodies match the fierce and soulful vocals of the Vancouver- based singer-songwriter. By age 12, Syd was an opera student at the Royal Conservatory of Music. Conveying words that audiences may not understand in multiple languages taught her to translate drama through eye contact and body language, techniques that she now employs on stage and in videos. A provocateur, a magnificently expressive vocalist and a deeply evocative songwriter, Syd Carter West arrives as a new artist with commanding courage and disarming authenticity.

Vancouver’s traditional bluegrass standard bearers, The Lonesome Town Painters, have released two albums so far and are presently immersed in producing their third. The band pays homage to beloved music of the genre’s golden era, but much of their material is original, albeit written under the influence of the Stanley Brothers, Flatt & Scruggs, Bill Monroe, The Johnson Mountain Boys, Vern Williams and others. Angelo Eidse (guitar and vocals), Patrick Bartel (banjo and vocals), Jeremy Freeman (mandolin and vocals), and Fred Beach (bass and backing vocals), demonstrate just how far they have come in a relatively short time, developing their soaring harmonies, melodic instrumentation, and the pushing drive that has come to define their spirited performances.

Gabriel Dubreuil is a fiddler, multi-instrumentalist, composer, teacher, sideman, bandleader and producer who has recorded on dozens of albums with acclaimed musicians and producers and performed across North America alongside some of the world’s finest folk musicians. He is an alumnus of Berklee College of Music, where he received a degree in jazz performance and American roots music. Gabriel is a founding member of Celtic-rock band Early Spirit, whose debut album, Unrelated (2018), was produced by Grammy and Juno award-winning musician and producer Leonard Podolak (The Dhuks) and featured guests Natalie MacMaster, Geoffrey Kelly, Leonard Podolak and Michelle Campagne. Early Spirit has since toured festival stages across Canada. Their second album is to be released in the winter of 2022. Gabriel’s second solo record will also be released in 2022.

Paul Pigat’s many fans are probably more familiar with him as the front man of the rockin’ Cousin Harley band. So, you might think that acoustic music is a new diversion for the already multi-talented Vancouver musician, but you would be wrong. His love for this type of music started back in high school, when he discovered the genius of Texas singer-songwriter Townes Van Zandt. But not everyone is familiar with this side of Paul … that of emotive singer-songwriter. Paul Pigat’s Boxcar Campfire CDs are collections of songs about love, heartbreak and redemption, and they consist of mostly self-penned tunes, along with a handful of creatively arranged covers. At one end of the scale are light-hearted ditties, and on the other, dark fantasies of the mind. Originally created as a way of “bringing it down a bit,” Boxcar Campfire has taken on a life of its own as a recording and touring project.

The Rocket Revelers formed in 2012 in Vancouver and have been playing weekly to sold out shows in Vancouver’s Historic Gastown District for the last eight years. The dance floor is packed, and sounds of western swing, jump blues, gospel and rockabilly come one after another, you have to check these cats out! Members of the band are quite renowned in the roots music scene and have many credits to their names.

The Burying Ground formed in 2014 as a duo, but Woody Forster and Devora Laye have been playing together since 2009 as members of the Dire Wolves, an acoustic blues string band and darlings of the East Van punk scene. They are steeped in influences from 1920s ragtime, country & western, Mississippi blues and New Orleans jazz. Woody’s complex blues guitar and rags are punctuated and raised high by Devora’s tightly syncopated washboard, with playful rolls and staccato jumps and stops. The Burying Ground has been charming diverse crowds, across all ages and musical tastes, in large and small venues throughout Western Canada and the United States. They focus on writing and performing original music while continuing the tradition of sharing songs from the past.

Whether he’s playing with his own band or other various outfits, Ryan McNally can’t be kept off Canadian stages. Ryan puts most of his energy into studying acoustic traditional blues, jazz and old time music. This led him to spending a winter in New Orleans where he wrote the majority of the material featured on his album Steppin’ Down South. The album captures the sound of hillbilly blues and jug band jazz amd was recorded live off the floor by Bob Hamilton at Old Crow Studios in Whitehorse.