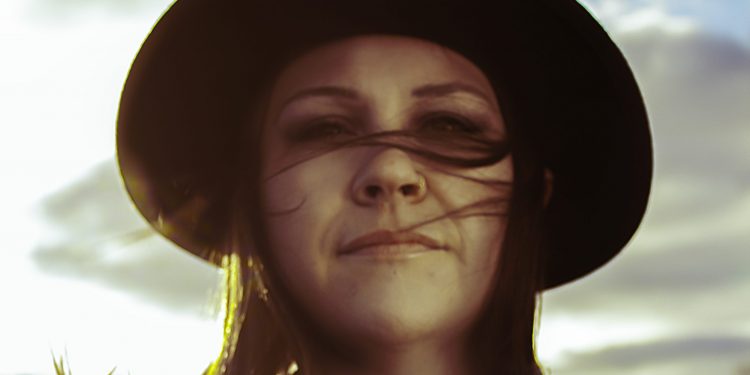 On her new EP, Sleep With Ghosts, Jaclyn Reinhart chronicles a chaotic period in her life in the direct, unflinching style that’s made her one of Canada’s most promising new roots rock artists.

For the New Brunswick-based singer-songwriter, the five songs on Sleep With Ghosts represent not only how she’s made a fresh start with her personal life, they also mark a significant creative step forward. After fully embracing an Americana approach to her new material, Jaclyn set about connecting with the right collaborators who could bring it to life. These came to include several notable co-writers and John McLaggan of internationally acclaimed New Brunswick duo Tomato/Tomato, who recorded, mixed and mastered the EP.

In all, Jaclyn said making Sleep With Ghosts was one of the most cathartic experiences she’s ever had.

“The growth that I have felt as a writer and vocalist is something I can’t really define other than saying that if you listen to my last album from 2016, we are two completely different women.”

That sense of confidence clearly shines through on the EP’s first single, “Rearview,” co-written with Kim Williams, which we’re excited to premiere.

“I don’t consider myself a country artist, but these songs flirt with that genre a bit, especially since we had some great Nashville musicians put down some tracks,” Jaclyn said. “All of the musicians I worked with really came through in creating the feel that I was looking for. I hope two of my biggest influences, Sheryl Crow and Tom Petty, would give their approval.”

Jaclyn’s evolution as a writer is also evident on the EP’s ballads, in particular the title track, which she wrote in collaboration with fellow New Brunswick artist Tyler Lombard (now based in Toronto) after they fortuitously happened to meet up at SOCAN’s head office. Combining a melody from Tyler with Jaclyn’s lyrics about the choice to leave a loveless relationship, “Sleep With Ghosts” reached its full potential after Jacyln invited the Saint John String Quartet to add their talents to the song.

It was the absolute correct artistic decision, a result of the hard work Jaclyn has put in over the past few years to learn and grow as a musician through several high-profile mentoring programs. It made up for the inability to play live due to the pandemic, and as things slowly start to re-open, Jaclyn can’t wait to present Sleep With Ghosts to live audiences.

“I feel like the lockdown actually gave me a more solid footing, because if this album had been launched in 2020 as I’d originally planned, it wouldn’t have been the same. I have had a chance to really refine my sound, and I even ended up writing new material that made it to the record and got me more excited than I was before. I feel like Sleep With Ghosts is the most authentic snapshot of who I am as an artist to this point.

Jaclyn Reinhart’s Sleep With Ghosts will be released Oct. 15 and can be pre-ordered now from Bandcamp.