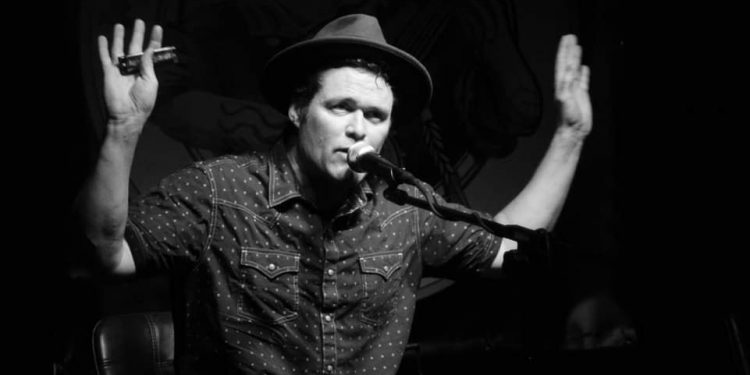 When you enter the Yukon, you’re greeted by signs that describe the territory as being “larger than life.” It’s an apt description of not only the land but its inhabitants, as singer-songwriter Gordie Tentrees will attest.

“I believe everyone is accepting of everyone, and if you are having a hard time adjusting to the Yukon, it lets you know that, and also helps you along and holds you up. It doesn’t just put you down and toss you aside. It kind of recognizes your individuality. We all work together, we’re all neighbours. You never leave someone on the side of the road there. You never drive by people, you stop and ask if they need help. It’s a pretty inclusive place.”

It’s a place Gordie has made his home for many years while he’s raised his family and maintained a successful career. He pays tribute to the land and some friends in the song, “Wind Walker,” from his new album, Mean Old World.

“It’s really a tune about those of us in the north that beat to our own drum, and inspired by friends of mine that live a life I really admire, which is, just living it, not talking about it,” he said while touring in Ontario recently. “I’m really inspired by who they are as people and what kind of imprint they leave on the earth. It also made me think about where I live and all the characters who do beat to their own drum. It’s a safe place for them to do that in the Yukon.”

Trying something different with this album

Mean Old World is Gordie’s eighth album, and for it, he wanted to try something different in its creation.

“The idea was to record it in a short period of time with some of my favourite musicians,” he explained. “I figured if I had the songs and I put some of my favourite people together and locked them up in a room for seven days, something really magical would happen. I’ve always wanted to make a record where you take the musicians, put them together, have them create something and when you leave, that’s what it is! You don’t go back and do overdubs. That’s the final product.”

Gordie was able to pull it off in January 2019 while it was -35 in Whitehorse with co-producers Bob and Patrick Hamilton and Jaxone Haldane. Everyone stayed in the same house, and to avoid any distractions, they even had a chef on board to prepare meals.

“The goal was to tackle two songs a day over the seven days. Everybody played different roles, whether behind the board producing it or placing mics or helping to come up with arrangements. It was a super fun experience.”

Gordie would present the songs and ask for ideas on how to approach each one. Given the musicians were people he knew and admired, he was comfortable if the songs weren’t working out as hoped.

“The cool part for me was I had put myself in a room with other musicians who were really good friends but [who] have also produced many records and play multiple instruments. They were able to say to me, ‘This isn’t cookin’ or this isn’t working. We should arrange something differently. Break it down and build it back up again.’ It was really fun to trust them because they had the best intentions of making [the songs] the best things they could while they were there. It was pretty organic and fun to make.”

Insight from his daughter’s experiences

Gordie doesn’t need to look far for inspiration in creating his songs. “Ring Speed” harkens back to his days as a boxer. “Lefties” deals with his partner’s vacation trips with her best friend while Gordie tries to make sense of the recycling schedule. “Mean Old World” gets its genesis from his daughter.

“She came into my life about five years ago,” he said. “It’s hard enough to be a female but to be a female that’s Indigenous is a whole other experience. For me in my home, I realized every day she walked out the door to tackle everything you tackle in life, she immediately has obstacles. People look at her as a child [who’s] more difficult or may need extra work or extra time. They often don’t give her a chance that she would get if she was non-Indigenous or a male. I thought that was a weird thing to experience. So for me, watching her leave my house and trying to do things over the last five years to just be a kid and do things normal kids do inspired that song.”

Gordie Tentrees has been able to bring a unique insight to being a foster parent given he was a foster child himself.

An interesting aspect of Gordie’s youth was the time he spent as a boxer. In fact, he was a five-time Golden Glove champion.

How boxing prepared him for music

“It was the best part of my youth, and ironically it shaped how I’ve learned to play music as a late bloomer being a touring road musician,” he said. “[Boxing] is the sport where you learn things repetitively and you learn to break things down. I didn’t start playing music until my mid to late 20s. When I did, I realized it’s going to take 10,000 hours to learn to play harmonica and fingerpick at the same time. But I figured that, like boxing, you’ve got to throw a combination or a jab in the mirror for 10,000 hours before it becomes a part of you. So I would take things like playing slide guitar or whatever and know it would take that amount of time and [so] not get frustrated. That sport really helped me, being a kid that was troubled and from a broken home and all kinds of situations that were not healthy, to find something healthy and hang on to it”.

Twenty years ago, Gordie ran his own boxing gym where he trained up to 70 kids. The gym ran for three years but recently Gordie has been back in a gym.

“Funny you bring this up,” he said. “In the last six months I started training this friend of mine. He’s a professional welterweight based out of Montreal who had moved to the Yukon. So I’ve been training him to help him get ready for the title fight he has in September in Quebec City. That’s been really neat to go back and kind of pass on the things that I’ve learned, as well as train with him”.

Getting back in the gym has sparked thoughts of the future for Gordie.

“I started thinking about what I wanted to do for the next five years, and one thing is re-create another boxing club. I feel there’s a void for things like that and such a need where I live in the Yukon. It’d be great to have it back up and running again.”

For now though, Gordie is busy getting back on the road in support of Mean Old World.