Finny McConnell (the Mahones) – The Dark Secrets of Love 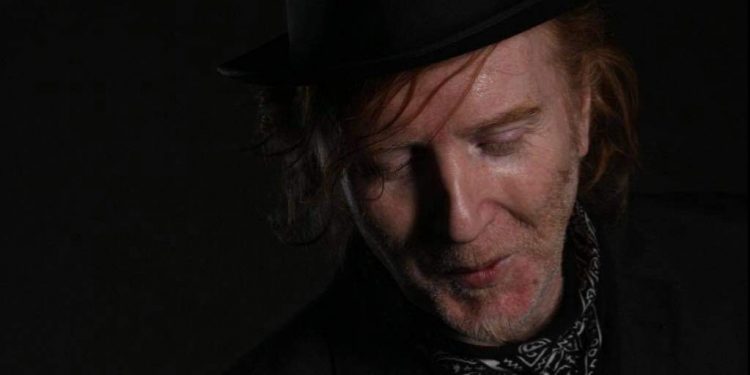 After 30 glorious years of leading world-renowned Celtic punk rockers The Mahones—who have shared stages Shane MacGowan (The Pogues), Stiff Little Fingers, Billy Bragg, The Buzzcocks, Sinead O’Connor, and The Damned—Finny McConnell decided that it was time to make an album for himself as he winds down and adjusts to his “Van Morrison years,” although I’m sure he has enough piss and vinegar left in him that he will not go quietly or gently into the night.

Produced by Finny and engineered by Gene Hughes (who also mixed the album) of Telejet Music Studio and assistant engineer Del Cowsill, The Dark Streets of Love was recorded live off the floor from Mar. 15 to 17 in Toronto. It features McConnell’s favourite songs from his repertoire and four of his most loved covers, along with exquisite cover art by Hannah Blu.

The Dark Streets of Love opens with a superb cover of “Atlantic City” by Bruce Springsteen. There’s a beautiful, reflective vulnerability in Finny’s voice on this track and lyrically, it’s a terrific choice for a cover song. Kevin Hearn’s accordion is a notable addition to the mix, lending it Celtic flair, but it’s the loss, longing, and weariness in Finny’s interpretation that makes it a winner. I cannot imagine anyone delivering a better tribute to this song, and that is coming from a lifelong Boss fan.

Gina Romantini’s lovely violin adds gravitas to “Someone Save Me,” a poignant love song full of hope and gratitude, co-written by Finny and Katie Lonergan. The singer bares his soul while finding redemption through his loving saviour, and this song makes the listener want to grab their lover on the dance floor and envelop them in their arms, as they sway to and fro to the music—an anthem for so many of us who haven’t given up hope although we’ve found ourselves heartbroken and alone in middle age.

“Stars (Oscar Wilde),” also co-written by Finny and Katie, is an elegant ballad and stand-out track, telling the tale of the Catholic boy from Dublin who suffered under a priest’s harsh gaze—a damaged loner who developed his wit while maintaining his earnestness. “Stars,” an ode to one of my favourite authors, Oscar Wilde, is melancholic while never giving in to self-pity.

Glenn Milchem’s drum tattoo opens “A Pair of Brown Eyes,” written by Finny’s friend, Shane MacGowan, whom he channels perfectly with his vocal. The sweet tin whistle from Michael O’Grady adds Irish wistfulness to this mid-tempo track that follows the narrator as he goes a roving for a pair of brown eyes. This could be a sea shanty!

Closing side one on the album is my favourite track, “New York City.” Co-written by Finny, Katie and D. Whelan, it is a rocking, stylistic salutation to David Bowie, Lou Reed, and the city that made Lou one of the most relevant artists of 70s alternative rock. Toronto Trans Queen Patricia Wilson’s wah-wah guitar adds fire to this life-affirming celebration of rock, glam, punk, and loving the vibe on the Lower East Side. “New York City” should be a hit single if there is any justice in the music industry of 2021.

Side two begins with plaintive, lonely, pining lyrics by Finny in “So Far Away,” a song splendidly accompanied by piano and languorous guitar strumming in this restrained banshee wail. Following it is a cover of Lou Reed’s “Pale Blue Eyes,” a ballad accentuated with soft drum brushes and delicate keys by Kevin Hearn, highlighting another powerful vocal performance by Finny. Sad, full of emotional atmosphere and empathy, “Pale Blue Eyes,” tugs at the heartstrings, something that many of the songs on this album do, unashamedly.

Unapologetic for who he is and always was, the character in “We’re Miles Apart” tells his former love that they can still be friends and have a new start even though they’re miles apart. This short, succinct ballad is also heart-wrenching, due to its autobiographical nature.

Another favourite track is “Cocktail Blues,” a Stray Cat-like bluesy shuffle with jazzy piano evoking a smoky nightclub and cocktails for two. Oh God, how I miss them! With Finny’s flirtatious intimate vocal, knowing wink, and shoutout to my favourite alcoholic beverage—tequila—this song arouses sheer delight.

The album concludes aptly with “Fiddlers Green,” written by long-time friends the Tragically Hip. This stripped-back version with Finny’s tremulous vocal and acoustic guitar offers an emotional homage to Kingston’s own Gord Downie that is the perfect ending to this stellar collection of songs from the dark streets of love.

As always, Finny offers a bonus track and on this album it’s the beautiful, acoustic version of his song of yearning, “Back Home,” featuring Nicole Akkordion on the accordion, perfectly evoking the naked desire of wanting to be with someone you love when you can’t. This is Shane MacGowan’s favourite song of Finny’s, and it’s one of mine too.

Finny thanks his musical mentors in the liner notes, and the influence of artists such as Lou Reed, Joe Strummer, Shane MacGowan, Paul Westerberg, Pete Townshend, Tom Waits, and Bruce Springsteen is evident. For me, The Dark Streets of Love is Finny’s Fisherman’s Blues, offering us a reflection on loving, losing, grieving, and loving again—essentially what it means to be human.

You cannot take the Irish out of Finny, nor would we ever want to. He is defined by his Celtic soul and his punk rock heart, which he wears on his sleeve here, and we love him more for it. The Dark Streets of Love is among the best, most honest, thoughtful music of his legendary, illustrious career, so look for its release in early September 2021 and buy it.