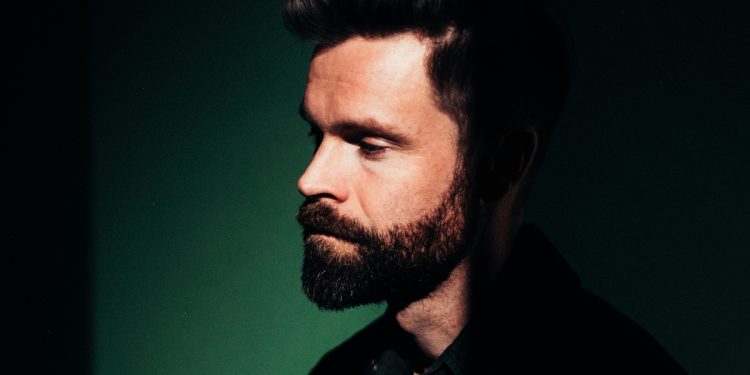 Acclaimed Calgary, AB-based Americana artist T. Buckley is offering another preview of his forthcoming album, Frame By Frame, with the single “Marilyn,” an uplifting tribute to the power of family. With backing by his top-notch band of multi-instrumentalists, T. delivers another of the trademark smooth and soulful vocal performances that has made him one of the most talked-about artists from western Canada over the past several years.

When asked about “Marilyn,” T. said, “My father-in-law lost his sister at a young age; her name was Marilyn. To honour her late great-aunt, my wife and I gave our second daughter Marilyn as her middle name. This song speaks to how we carry our loved ones with us even after they have passed. Their spirit remains with us, guiding our lives through the stories we tell about them.”

That last sentence accurately describes the overall theme of Frame By Frame, as shown by the previous two singles, “Before I Get To Turn Around,” written about a friend attempting to rebuild his life, and the album’s title track, written in honour of his grandfather who always stressed the importance of savoring life’s special moments.

Embracing such ideas in his music is what makes T. Buckley a true craftsman. That skill has been on display since 2008 when he first appeared on the scene with the T. Buckley Trio, producing four full-length albums and an EP, all crammed with images of forgotten lovers, sunken-eyed truck drivers and the unassailable rural spirit.

For his debut solo release, 2018’s Miles We Put Behind, T. sought to push his creative boundaries and challenge preconceived notions by working with Grammy-nominated and multi-genre enthusiast, producer/engineer Howard Bilerman. This slick-yet-measured interpretation of T’s tooth and bone songwriting style gave new life to his narratives, accompanied by hints of blue-eyed soul and contemporary folk.

T. takes that approach a step further on Frame By Frame through working with producer/engineer Jeff Kynoch, whose past credits include albums by fellow Albertans Cayley Thomas, Jay Gilday and Altameda. Kynoch’s open-minded sonic approach makes for an excellent pairing with T.’s hope to harness that same spirit of creatively pushing the envelope.

Etched in the trappings of prairie grasses and campfire ashes, T. Buckley commemorates the western arena in its magnificence while paying hushed homage to the greats of songwriting and storytelling. His dedication to his craft continue to make his name known across provincial lines and states, steadily establishing him as a truly prolific and celebrated songwriter.

Frame By Frame will be released Nov. 5 on Fallen Tree Records, and “Marilyn” is available now on Spotify and all other digital platforms.