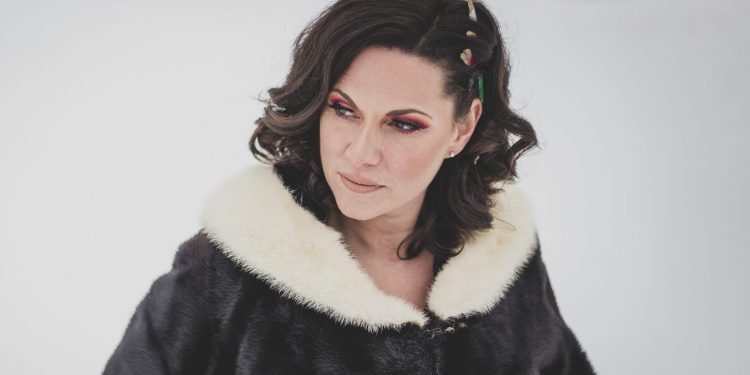 When k.d. lang last played in St. John’s, NL in 2017, one unique aspect of the tour was giving opening act slots to local artists. And as soon as k.d. heard Janet Cull, there was no reason to consider anyone else.

As one of Newfoundland’s most celebrated singers over the past decade, illustrated by multiple MusicNL awards, Janet has become one of the province’s best-kept secrets. Yet, that is sure to change with the release of her new album, Hear It, a stellar collection of original soul music, written and recorded in a classic early ’70s Memphis/Muscle Shoals style.

For Janet, Hear It is the result of tapping into a deep well of heartache and spilling it out on the page in ways she hasn’t been able to do until now. From the album’s opening track, “The Only Thing Changing,” we find ourselves observing the aftermath of a broken affair, beginning with a spoken introduction and culminating in a full-throated catharsis. And there are still 11 songs to go. The album’s roller coaster of emotions is kept on track by sultry and unwavering grooves laid down by a top-notch band, but it is Janet’s dynamic range that truly mesmerizes. It is not hyperbole to say she is in the same class as Amy Winehouse, Sharon Jones or any other vocalist who has bled for their craft.

“These songs came to be because I literally pressed “record” on my phone and just started singing what I was feeling,” she said. “It was a way to release the hurt I was going through. Most songs obviously are about the relationship turmoil I was experiencing with my husband at the time. I never knew for sure what melodies or lyrics were going to come out of me, I just trusted myself. I didn’t overthink it—I would just open my mouth and sing.”

Adding even more authenticity to Hear It‘s overall vibes was that it was recorded live-off-the-floor at CBC’s St. John’s studios, with co-producer Mark Feener and some of Janet’s trusted collaborators including multi-instrumentalist Jason Howard, guitarist Brad Jefford and bassist Josh Ward. With the support of this core group, Janet’s voice could fully soar, and the results proved stunning. From the beginning, Janet determined to infuse the entire album with spontaneous energy and let the musicians follow her lead. As she said, “My voice is my instrument, and that’s when I realized this is how I should be writing all the time. It changed everything. The songs just started pouring out of me.”

When debating what to title the album, Hear It became the obvious choice. Simply put, that’s all it will take to immediately fall for Janet Cull’s interpretation of soul, rooted in one of the most unlikely places on the planet.

Janet Cull’s Hear It is available on all digital platforms and can be purchased from janetcull.com and Bandcamp.

Why people cried when they saw Tom ...