The Grammys are recognizing Alex Cuba’s fashion sense. And let’s face it; it’s about time 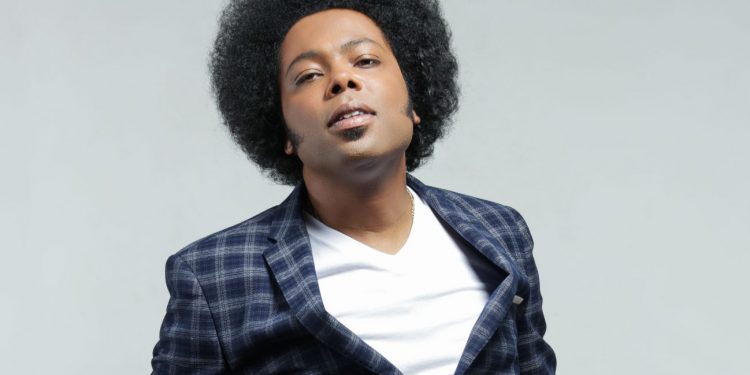 Alex Cuba has received plenty of recognition for his groundbreaking innovations on Cuban music, which have seen him strip back the rhythmic complexity of the music and mix in elements of pop, rock, folk and funk to create a soulful and often relentlessly catchy sound.

He has two Junos, four Latin Grammys and three Grammy nominations to his credit, and it probably won’t be long before he has a piece of Grammy hardware to add to his collection.

But this year, the Grammys are saluting Alex for a totally different and truly under-recognized aspect of his artistry: his fashion sense.

Alex is one of the newest additions to the Grammy Museum’s On The Red Carpet exhibit, a display of outfits worn by attendees of the 63rd Grammy Awards and 21st Latin Grammy Awards.

He is the only Canadian artist to be featured this year. 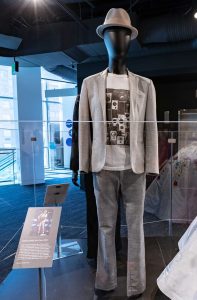 Anyone who’s followed Alex’s career knows that, in addition to being a one-of-a-kind artist, Alex has an image you can’t touch with a ten-foot poll: the ‘fro, the t-shirt and blazer combos, the leather jackets, the vintage athletic wear; the velvet blazers – the man is a style icon.

Put it together with his charisma both on and off the stage, and you have a better picture of why Alex isn’t just amazing to listen to; he’s also fantastic to watch live.

The current honour relates to Alex’s 2019 album, Sublime. He received two Latin Grammy nominations for it, and in November 2020, he both performed and presented at the Latin Grammy Awards in Miami. He was the only independent artist nominated in the singer-songwriter category. Alex’s outfit now resides alongside those of Lionel Ritchie, Taylor Swift, Megan Thee Stallion and a select few additional artists. The exhibit will be on display until the spring of 2022.

Alex recently released his brand new, eighth studio album, Mendó, and the project has been featured in Billboard and by People en Español. It has charted at #1 across numerous radio stations and has been featured on CBC and in the Postmedia papers. Led by Alex’s first English single and video in over five years, Mendó has quickly been gaining traction here at home and around the world.

Mendó, meaning “substance of the soul,” is a powerful project filled with international collaborations. From the healing voice of Grammy Award winning Lila Downs on “Mundo Nuevo,” to the 13-piece horn band from Alex’s native country of Cuba, Alex’s vibrant new album reaches all the way around the world while Alex was ironically stuck at home. Using his art as his refusal to be trapped by the circumstances surrounding him, Alex shares with listeners his “Mendó,” the substance of his soul, on his most powerful project to date.