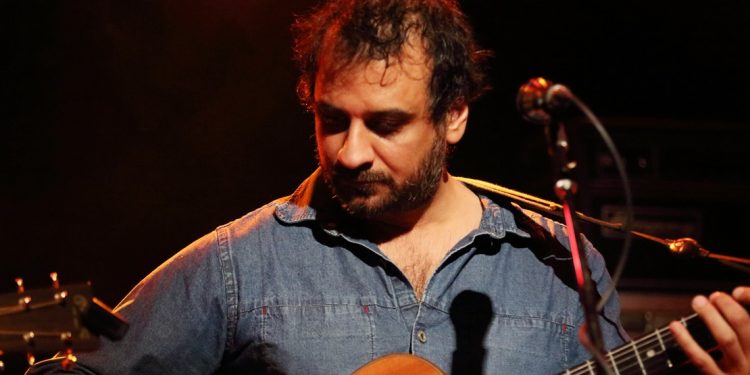 The imposition of COVID-19 restrictions put an end to touring for artists across Canada, including Newfoundland guitarist Duane Andrews. Already faced with the changing landscape of the music business as a result of the financial impact brought about by streaming, Duane was left wondering how he would be able to get his music to his fans. For the answer he used the powerhouse music delivery system of the 50s and 60s, the single. But instead of a vinyl 45 rpm record, Duane utilized a digital single.

“Even before COVID and the pandemic, the music business has been going through a big transition from the recorded CD or vinyl to the streaming world,” Duane said from his St. John’s home. “I had always done my recordings as albums prior to that but was getting that sense of maybe there’s a better way to record music and share it. The months leading up to July 2020, the floor fell away for anyone in the performing arts. But I had some ideas I was waiting for the right time to try out. One of the things was doing this series of recordings with myself. I was still exploring the music of Django Reinhardt but leaning a little more towards the traditional music from Newfoundland.”

Starting in July of last year Duane would release a new tune about every month and a half until he had eight or nine tracks after a year.

“And there was even a nice kind of theme to the whole collection of tunes,” he added.

The resulting digital album, Singles, comes with what Duane calls a “songography,” which is like digital liner notes.

“Before, if it was vinyl, you’d be restricted to what you could fit on the liner notes or a booklet where you could give a bit more insight or depth to the listening experience,” he said. “With this new kind of format of things being more online, music is listened to through a device of some sort. (So the songography) connects you to sources where you could have more information. What I did was take each track and gathered some behind-the-scenes [content], whether it was photos or videos or even my own thoughts on where the music came from or the inspiration behind it. For some tracks, if it was a jig or reel, I’d do a transcription and provide that for anyone who was interested in picking up the tune.”

Duane Andrews has been able to create a career in music with an interesting combination of influences, namely traditional Newfoundland music and the swing jazz of Django Reinhardt. Although Duane was enrolled in a jazz guitar program at St. Francis Xavier University in the 1990s, it wasn’t until he was studying composition in Paris, France that he heard Django’s music.

“There were a few of us that didn’t find learning jazz in an institution was working well for us. The environment felt a little odd, so some of us drifted more to classical guitar, and we had a classical guitar ensemble. By the end of my jazz studies, I was getting more into classical music and composition. So that’s what led me to France. I was at the Conservatoire International de Paris for a couple of sessions and then in Marseille at the Conservatoire National de Region. I’d go back and forth from 1995 until ’99, and it was during one of those last trips that I wandered into this cafe in downtown Paris and heard this guitar player who totally blew my mind. He was like a modern exponent of the music Django pioneered. So that was like the lightening bolt or the epiphany for Django’s music, and I started getting in it around that time.”

The composition skills Duane obtained in France have served him well because he’s created soundtracks for projects since 2000 that have screened everywhere from the Cannes and Toronto Film festivals to television.

“That’s another thing I really love doing,” he said. “Usually the demands of doing a film score are pretty intense. You have to write all this music in a short amount of time; it has to start exactly at this frame of the film, and three and a half minutes later it has to stop exactly at this frame of the film. So you have to compose something to even temporarily fit into that and then also have a whole emotional range as well. So those things are quite demanding, but then I find you develop your muscles for composing in that situation. Then when you get your own ideas and take the training weights off, it really helps with your ability to compose.”

Duane has released a few duo albums with Dwayne Coté, Aaron Collins and Craig Young. While the new album, Singles, is basically a duo album by Duane and himself, there are a couple of other collaborators.

“Generally everything came from over the past year,” he explained, “I did release a couple of tunes that were more from my archive. One was from four years ago with Donald MacLennan, a fantastic fiddle player from Cape Breton. I had done a show in Halifax, and this fantastic engineer named Rod Sneddon happened to be involved in the show. He did a recording which went into the dark corners of his archive. During the lockdown, he was going through some of his old recordings and that one surfaced. He sent it to us, and we released that as a single called “L’Aeroport.” It still fits nicely into the flow of everything else that was going on.”

The other collaboration, “Nuages,” with pianist James Hurley, who is based near Munich, Germany, was recorded in October 2019.

“This is an international collaboration that James and I have been developing, but it’s at a complete standstill [because of travel restrictions].”

Being based in Newfoundland afforded Duane the opportunity to take advantage of the “Atlantic Bubble,” which for a time allowed residents of the Atlantic provinces to travel within the region.

“That was a nice idea,” he said, “though we really didn’t get too far with it because it burst a couple of times. But [in Newfoundland], we could still go to bars and even have trad sessions, sitting around a bar. We’ve been able to still do that pretty regularly.”For more information on Singles and Duane Andrews go to duaneandrews.ca

After 30 years Graham Brown hits his ...