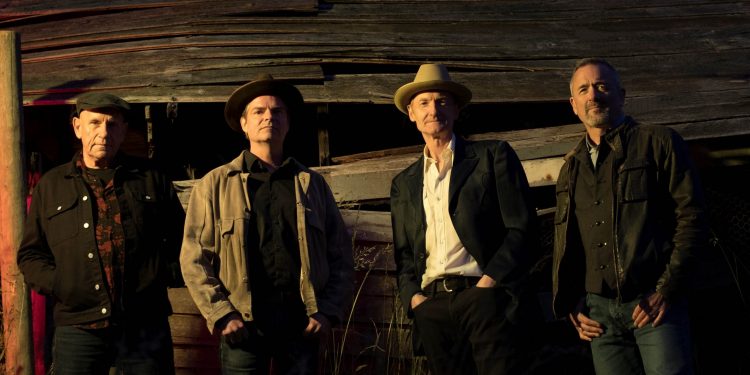 When the Graham Brown Band rolled into Edmonton in March 2020, little did they know it would be essentially the last gig they would do for the foreseeable future. Fortunately, there was another purpose to their Edmonton stop – to record a new album. During the afternoon before the show, the band laid down 11 new songs live-off-the-floor at Edmontone Studios with producer Bill Buckingham, which can now be heard as the Graham Brown Band’s latest album Spirit And Soul. It may be assumed that this sort of recording approach would contain some rough edges, but instead, the flawless performances on Spirit And Soul display a band at the height of its power, honed over several years of extensive international touring.

The Vancouver-based Graham has adhered to that philosophy ever since he first made his mark in the 1980s as lead guitarist in the early incarnation of Canadian alt-country pioneers Jr. Gone Wild. From there, Brown embarked on several different projects over the ensuing years, including Happyman and Graham Brown & The Prairie Dogs, often with the same core group of musicians. But since the release of the 2011 album Hiwatt, the Graham Brown Band – featuring guitarist/keyboardist Rob Blackburn, bassist John Werner and drummer Mark Gruft – has become one of the most potent live roots-rock bands in Canada, allowing Brown’s renowned talents as a singer-songwriter and guitarist to fully shine.

Fans of alt-country’s golden era of the late ’90s will undoubtedly most appreciate Graham’s straightforward, twangy style, captured well on Spirit And Soul’s first single, “Haunted.” As Graham described it, “That song was inspired by someone I know who fell in love with a woman he already had a friendship with. He couldn’t tell her how he felt, but it was obvious, and it left me asking, how could she not know? So, the verses are speaking to both of them about the missed opportunity of this love and how it haunts him. When making the video, the old barn became a reflection of how people’s lives and hearts experience wear and tear, but the light that shines through the broken windows and slats still offers a ray of hope.”

And while the album contains plenty of six-string pyrotechnics that Brown’s fans have come to expect, there’s also a focus on pure songwriting particularly on the hopeful ballads, “Don’t Be Afraid,” “To The End” and “Naturally,” the last a tribute to Tom Petty.

“I actually wrote that one the day Tom died,” Graham said. “His passing really cut deep, and I tried to honour his writing with this song. It’s about having the courage to follow your natural path.”

That’s certainly been the hallmark of Graham’s career and will continue to be once the band is safely able to get back on the road. Until then, Spirit And Soul is the next best thing, while serving as the perfect entry point to further explore Graham’s rich and diverse body of work. For more information and to order Spirit And Soul, go to grahambrownsongs.com.