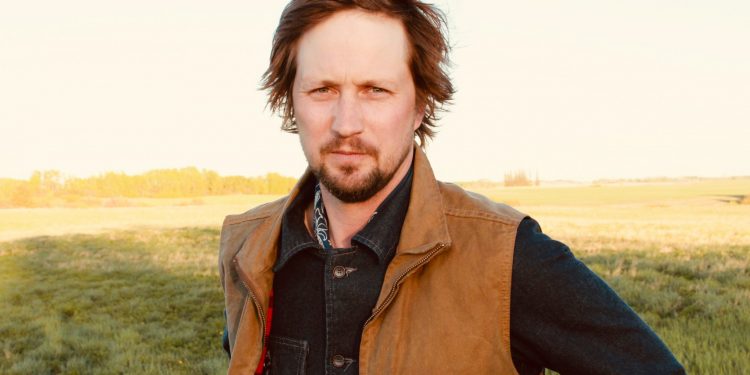 Del Barber was really looking forward to 2020. In late 2019, he released the album Easy Keeper, which immediately captured the attention of critics everywhere. In a major Rolling Stone profile, Jonathan Bernstein said of Del, “Like John Prine (one of his primary influences), Barber writes the types of songs his characters might listen to themselves.”

The acclaim continued to build over the next several months, resulting in Del being nominated for Roots Artist of the Year at the Western Canadian Music Awards, as well as SOCAN Songwriter of the Year, and Easy Keeper earning a Juno Award nomination for Contemporary Roots Album of the Year. He had extensive tour dates mapped out, but then… well, you know.

Isolated on his small farm in rural Manitoba, Del began re-evaluating every aspect of his life, although in some ways it was his creative process that was most at stake. He was determined to write a new collection of songs, and each morning, he would go into his shed studio with the expectation of having inspiration take over. However, this approach proved frustrating, and soon Del found himself looking back into old notebooks and going through his hard drive for past demos. Out of those countless scraps and fragments, eight fully-polished gems eventually emerged that now comprise Del’s new album, Stray Dogs, a more than worthy successor to Easy Keeper in terms of displaying his artistic depth and resilience.

“When the pandemic began, I was lost, scared about the future and in the depths of an unprecedented creative slump,” Del said. “I’ve written every other record with a tight vision, a thesis, a picture in mind, subject matter chosen. I’ve written them all with what I thought was a clear narrative thread. This record, however, is a group of songs that ended up together but were never intended to live together—a funny looking pack of stray dogs, different shapes, different pictures, whose differences give them their personality as a whole.”

Stray Dogs exudes a powerful, acoustic-based austerity. After working out arrangements remotely, Del and his longtime band were able to safely get together at a cabin where they laid down the final takes with producer/engineer Scott Franchuk over a period of five days, fueled by the energy of being together again after months apart. It made it all the more fitting to open the album with “Meantime,” technically a “new” song written in support of their favourite venue, Winnipeg’s Times Change(d) High & Lonesome Club.

As he refurbished some of his past ideas, Del found himself drawing from the work of Randy Newman and the late Canadian author Richard Wagamese, particularly the latter’s awareness of place, and his ability to develop flawed characters into redeemable people. When listening to Stray Dogs, it’s certainly easy to be carried off into the open expanses of the Canadian prairies one moment, before having to confront the often hard-bitten existence of those who live there.

Perhaps in essence, Stray Dogs is a trip through Del’s own memory and the kind of reflection we all need at certain points in our lives. By the time it was finished, he admits to feeling a sense of rejuvenation and renewed sense of purpose unlike anything he’d ever experienced upon completing a project.

Del Barber’s “Meantime” can be streamed HERE, and Stray Dogs is out August 20 via Acronym Records. For more information go to delbarber.com.