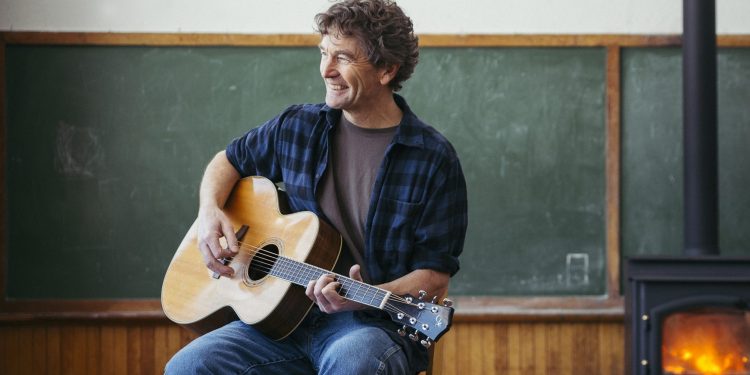 Smithers has produced an almost embarrassing amount of talent for a town of just over 5,000 people.

Dan Mangan, one of the most revered indie folk singers of the past decade or so, hails from the town, which is a solid 16-hour drive from Vancouver.

Alex Cuba, a Grammy nominee and Latin Grammy winner several times over, is based there and includes local musicians in his world-class touring ensemble.

Jaron Freeman-Fox and Emilyn Stam are two outrageously gifted and accomplished musicians who grew up there mentored by the late Oliver Schroer.

And if we want to include industry folks in the list of the talented, there’s no question that booking agent Frank Hoorn, who operates his Near North Music agency out of Smithers, fits the bill.

“Fish Boats” is an up-tempo number about the disappearance of an industry that once dominated the northwest coast.

It comes out tomorrow on all the usual digital platforms.

“I tried to capture a little of the energy of the 70s fishing industry in Prince Rupert, it’s demise and some of the reasons why,” Mark said in an email. “Foreign trollers, ending the sea lions cull, fish farms – it’s a lot of info in three minutes.”

It sure is, but Mark pulls it off, showcasing his mature songcraft, his pleasing, jaunty baritone, and his ability to deliver a maritime-tinged song like this with all the character it demands.

In the past few years, Mark has started touring and marketing himself farther afield from the northwest coast he calls home.

Let’s hope the end of the pandemic – oh please let this be the end – will spell an opportunity for more of us to see him live.

Meanwhile, have a listen to “Fish Boats.”

MarkPerry · Fish Boats
If you are enjoying this content, please take a second to support Roots Music Canada on Patreon!

Songs for the Revolution: Buskers for ...