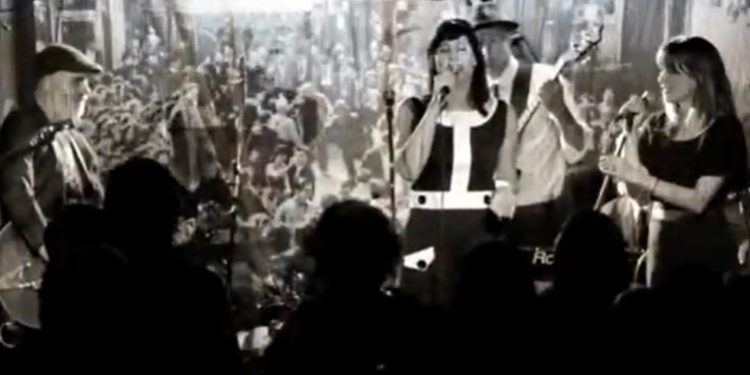 Toronto chanteuse, songwriter, performer and radio host Lily Frost has earned her place in Canada’s music scene elite, moving deftly from jazz to Latin to pop and to balladry with the ease and fluidity of an expert vocalist.

She’s already released 15 previous albums, and now, her touching, soulful anthem “You’re Not Alone” is striking an emotional chord, as we navigate continued COVID-19 restrictions. The song is out now on all the major platforms.

During the third lockdown of the COVID-19 pandemic, many found it harder to cope, reporting that it was more mentally and emotionally challenging than the previous lockdowns. As a result, people are currently relating to Lily’s poignant song on a very deep level.

“It seems to be resonating with my listeners, who’ve been sharing it a lot on social media and personally connecting with me,” Lily said. “We’re in a kind of purgatory, and I want to share the song more widely in hopes of providing some relief to the depression and isolation we’re all facing.”

“You’re Not Alone” takes the form of a gospel hymn to offer a heartfelt message of comfort and compassion to anyone afflicted with loneliness and isolation. Lily co-wrote the song with her friend, producer Tom McKay, as an expression of her own life-long struggle with depression.  She wanted it to serve as an outreach of hope to others who are suffering.

Workman Arts/CAMH’s Bruised Years Choir producer Jim Le Francois was so moved by “You’re Not Alone” that he added the song to the choir’s repertoire. They were invited to perform it live at Toronto’s renowned Luminato Festival, where the song was featured live on CBC TV.

Video director Steve Munday interlaced a visceral, pre-pandemic, live performance by Lily, shot at the Monarch Tavern in Toronto, with footage of the Humber River Valley to create a music video. Watching her powerful video performance from our quarantined homes seems to be the perfect balm for the current climate.