Tennyson King has released his first single in Mandarin 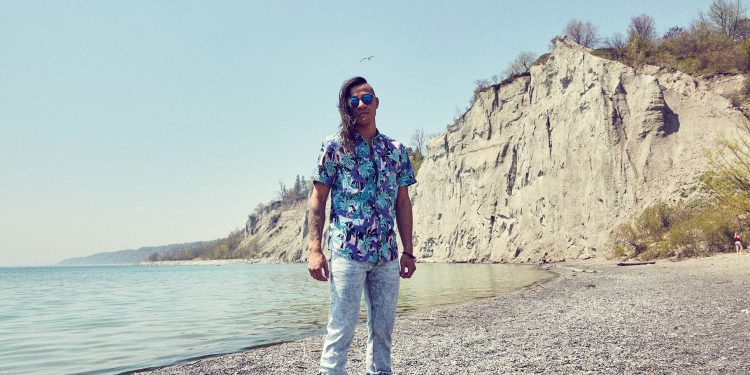 Tennyson King has been a popular guy in my household, ever since he sent us a holiday video demonstrating how to make eggnog from scratch (his recipe is delicious, by the way).

It doesn’t hurt that he also sent us a couple of pretty great singles last year.

Well now, he’s squeaking in a new one right before the end of Asian Heritage Month. It’s his first single sung in Mandarin, and it’s part of a process of rediscovering his roots as a Chinese Canadian.

The song, whose title is pronounced “Sheng Ming De Jin Du,” is also Tennyson’s way of representing Chinese culture at a time when anti-Asian racism is on the rise.

Tennyson wrote the song in English during a two-week road-trip through the Australian outback in his ’91 Toyota Hiace camper van (Editor’s note: jealous).  It was inspired by the openness and vastness of the scenery and the isolation from other humans that Tennyson experienced between concerts when he was out sleeping under the stars.

He worked with Hover Chan of the Chinese indie rock band Golden Cage to translate the song, which is all about embracing the unknown.

Tennyson says he is honoured to now share the song’s special message more intimately with the Chinese community around the world.