Fun in the running: Craig Cardiff reflects on the road and his new record 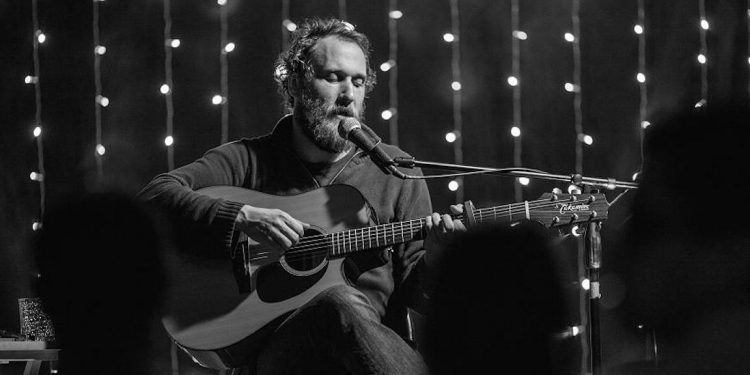 The life of a touring musician has been romanticized and idealized for years in books, movies and especially songs. For every “Homeward Bound,” detailing the drudgery and heartache of life on the road, there are many more like “On The Road Again,” where touring is one long party with your friends. The reality is somewhere in between. Touring has been called a “total grind,” a “challenge” and “very gruelling,” where you need to be a “gladiator” in order to earn your bread and butter.

Singer-songwriter Craig Cardiff has a slightly different perspective on life on the road.

“I felt like sometimes touring was like a really curious indie film,” Craig said from his Ottawa-area home, explaining his experience touring in the United States. “Going down and re-connecting with audiences and building fans back. When you’re touring like that it’s very thin, very bootstrapped. So there’s just characters you’d run into. And also just the luck of it. Especially now looking back, I was so lucky to travel and see things, places I may never get to go back to.”

Craig’s new album, All This Time Running, features a number of tunes dedicated to these people and places. “Wyoming,” for example, is an ode to the state where Craig would cross paths with another high-profile visitor.

“When I arrived, the First Lady was there and there’s all this crazy security. I’m (wondering) why I have to wait as long as I did with my beat up guitar cases and tour gear,” he said.

That’s not to say the beauty of the trip was lost on the Canadian folk singer.

“Just being in that part of the country my first time, it was gorgeous,” Craig said. “A bunch of the touring was during the summer and there was this incredible heat wave. I just remember being in New York City several times and (there were) cooling stations. It felt crazy. It’s hard to explain to people (how) it feels dangerous being outside.”

After years of releasing music independently, All This Time Running is Craig’s first album with True North Records. The record — which came out yesterday — features 11 new songs along with six bonus tracks (including a couple of alternate takes), three re-mastered songs and a cover of Peter Gabriel’s “Don’t Give Up.”

If you think that might sound a little too broad in scope for the singer-songwriter, think again.

“Actually they were quite contained given how I normally have approached albums,” he laughed. “Love Is Louder was the previous studio release and that ended up becoming a double album in the middle of the production plan, so we showed restraint (this time). I’d just been in a cycle of touring and writing, not ever having time to do anything more than releasing singles (and) feed them into the (digital) machine. We confirmed things (with True North) in late fall/early new year and then the pandemic happened, so we shifted all of our recording plans. There were a lot more songs I tried to get on (this album). I’ve never had this before in my whole life (with) three to four months to just work and collaborate. It felt lucky for that and felt lucky to have work to do and have something to focus on.”

While Craig did show some restraint on the tracklist, the instrumentation was a different story.

“The string parts and some of the horn arrangements got out of control for sure. Some of the stuff we didn’t put on the album because we were getting great content. I’m like, ‘This is like a swing band album! We should do a swing band re-mix of all the stuff.’”

With the pandemic taking him off the road, Craig was able to spend more time with his lyrics before recording. Free from the influence of the crowd, he said the process resulted in a different kind of song.

“These songs didn’t get toured in front of audiences as ‘played’ songs, so that was different for me in terms of it wasn’t always about what was singable. Within shows (you’re concerned with) the connection with the audience and sometimes that’s the biggest sing-along or the best connection with the chorus. So these (songs) benefitted from not being put through that process. In terms of performing some of these songs, I love performing them acoustically. If you’d asked me a year ago if I’d be recording a song like ‘The American’ I wouldn’t have imagined it,” he said.

Sing-alongs aren’t the only interactive feature of a Craig Cardiff concert. He is known to pass around a “Book of Truths” at his shows, a notebook where audience members can write messages to the singer-songwriter. For Craig, it’s a way to capture the spirit of a given evening — one that came about by accident.

“That started in Peterborough by mistake. A couple who came to the show talked about their first date (being at a concert),” he explained. “They were out for the first time as new parents. It was such a sweet story I gave them a book and said, ‘Could you just write this down?’ And I asked them for their address so I could send them a CD.”

That was Craig’s original intention, but a slight miscommunication (with the help of a little alcohol, Craig said) kept the notebook circulating, sparking a new tradition.

“When I finally got it back it was full of these (stories) and I thought it was amazing. That started it and it took on a life of its own. I’m really grateful for it because now selfishly I can go back and see a series of thoughts that people were sharing from this tour or that. So much of live performance is like theatre. It’s experienced and then it’s gone and that’s what makes it special. So this is like catching a bit of a ghost at the the very end and putting it into a book. And definitely songs (come out of them) but there are some that are too dark. If there’s a way to measure ache and joy, these books are part of that metric really. Whoa, everybody has stuff!”

Another interesting chapter in Craig’s own story was the inclusion of his cover of Bob Dylan’s song “Don’t Think Twice It’s All Right” in an episode of NBC’s This Is Us. The show is a big hit, but for Craig, it was his family who would drive home the scale of the opportunity.

“I’m embarrassed to say I don’t watch television,” he said. “I just said, ‘Yes, this would be good’. Then I talked with my sisters and they said, ‘No, it’s really good!’

The episode aired in January, prior to Craig’s two-month tour with fellow singer-songwriter Justin Nozuka.

“At least every second show there were people who came out and said, ‘We saw that episode,’ he said. “For me, it was amazing that people would love a show so much and connecting with the music that they’d show up in person. That’s a dream. And then (there’s) reminding people who don’t know it’s a Bob Dylan song is always kind of awkward!”

Craig is busy these days composing for other film and television projects, along with hosting virtual songwriting workshops for students.

All This Time Running is available for download now.

Scott B. Sympathy’s birthday tribute to the ...