Scott B. Sympathy’s birthday tribute to the late Joe Hall 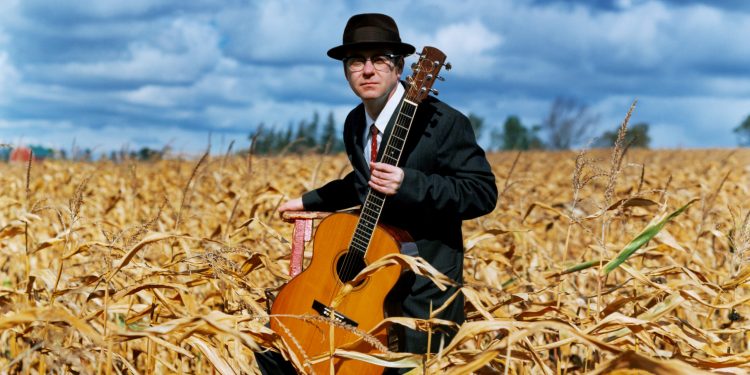 Nineties Queen Street cult figure Scott B. Sympathy is in Brantford now, living somewhere between the railroad tracks and the river, between his T.O. past and his rural present and foreseeable future. His legacy of classic Canadian roots rock records has been given new life with the release, on May 21, of his two seminal albums, Neil Yonge Street and Drinking With The Poet on Toronto’s Curve Records label. They will be sought out for their remarkable sound qualities and songwriting, and as two booming time capsules of 1990’s Queen Street West musical culture.

We’ll have a full feature for you on those two releases next week.

Meanwhile, Scott recorded this affectionate birthday tribute to his great songwriting mentor and friend, Joe Hall, who passed away two years ago.  It was recorded in Scott’s back yard just last week.

Joe Hall’s talents for concocting songs that could alternately inspire sentiment, contemplation and laughter were almost unique. Comparable skill sets abide in only a very small group of songsters, Bob Dylan, Ronley Teper and Lynn Miles being amongst the few. His Dadaist sensibilities, contributed to by his German-Canadian heritage made it possible for him to take on inspiration from virtually anything that sparked his explosive imagination. In his youth, he made himself available to any challenge: touring, performing and fielding an exploratory team of empathetic adventurers of equal fearlessness, known as The Continental Drift.

A heyday of media attention in the mid-80s exoticized his more absurd and controversial compositions, to the detriment of a full appreciation of his musical and lyrical genius. Frequent comparisons to American songwriter Frank Zappa did a disservice to the scope of Joe’s emotional range, typifying the Canadian media’s inability to smell what is right under their noses when it comes to critical perception.

After the spotlight moved on, in his self-described “geezerhood,” Joe Hall moved to Peterborough with his family, with monthly treks to Toronto’s Tranzac club and occasional one-nighters maintaining his connection to a loyal fanbase and an appreciative peer group of musicians, including Scott B. Sympathy, Mose Scarlett and his former bandmates, now known as the Incontinental Drift. This arrangement ended in March of 2019 when Joe left us for good.

Tomorrow, on his birthday, Peterborough’s Trent Radio will be airing a celebration of Joe Hall’s legacy, featuring friends’ reminiscences and new versions of Joe’s music, including Scott’s remarkable performance. As Toronto musician John Dickie says in the broadcast, “You can’t talk about Joe Hall without saying he was a great great songwriter with a real flair for the absurd, and for insight into how our society has progressed. Or not. And that he deserved so much more.”