My Sister’s Voice: Join Shari Ulrich and friends in a streamed springtime series 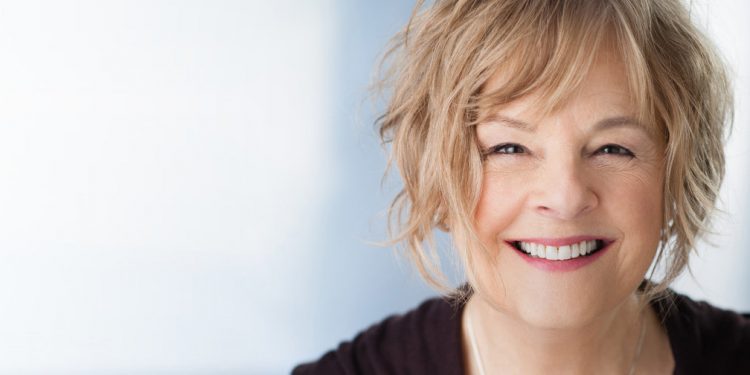 About an hour outside of Vancouver, in Langley, BC, is a gem of a venue called The Bez Arts Hub. The Bez has played a key role in the Canadian arts community, drawing in dedicated and enthusiastic audiences and a wide range of artists from across the country.

Owners Sandy and Russ Rosen considered the cavernous room a blank canvas when they converted it into a multi-functional space to accommodate their respective passions of dance and music, both for performances and classes. Best of all, they made production and sound a top priority. I have played there on a number of occasions over the past several years and it has been an exceptional experience every time. Some venues are simply like that. I always know I’m in for a rich evening with the audience they draw and the expert crew they hire. These are the venues that make touring and performing a warm and rewarding experience.

Like other venues over the past year, The Bez has replaced audience members with cameras and streaming equipment, shifting their attention toward the production value of live-streamed shows. I applaud them for that. As we all know, not all livestreams are created equal. In the early days of the pandemic, many of us were subjected to streams that sounded like they’d been swallowed and spat back out by an alien. Fortunately, that’s rarely the case these days.

So, when The Bez asked me to put together a series of three shows with female artists called My Sister’s Voice, it was an easy yes. For one, I knew the production would be excellent. I’ve also learned over this past year that livestreams are more enjoyable for everyone when artists can engage with other artists during the show. Plus, there are so many female artists that I love!

Admittedly, I am a big cheerleader of my fellow female artists. It is a unique road we walk, balancing families, children, creativity, business, recording and touring, all while keeping our sanity, sense of self, and authenticity intact. I think that common ground is what allows us to bond so quickly, easily forming deep friendships that I consider one of my favourite things in life.

Though the original plan was for me and one of the local artists to broadcast live from The Bez, with a third streaming in, we decided to all stream from home instead. In spite of the venue’s strict adherence to the province’s safety parameters, the cliché “better safe than sorry” carries more weight these days.

So, for three Fridays in May, I will be gathering two of my favourite women for an in-the-round performance of songs, stories, and inevitably much laughter.

May 7 — Cara Luft and Hilary Grist

Cara and I have a long history of regular Facetime chats trading mutual support and wisdom and have forged a relationship that is the very definition of sisterhood. A founding member of The Wailin’ Jennies and an accomplished solo artist, for the past couple years, we have primarily heard her alongside JD Edwards as part of the award-winning duo The Small Glories. Her wild spirit and love of the craft, which feed into her clawhammer banjo and guitar playing, are ever present in her performances.

Over the years I have produced and hosted SongBird North, Hilary Grist has been a guest several times, reason being she’s one of the finest songwriters and musicians I know, and I can never get enough of her. Despite having five-year-old twin boys, her creative energy has never waned, something we will surely talk about at the show!

On May 14, I’ll be a part of The Mavens – with Lynn Miles and Susan Crowe. The group formed last February and were rehearsing for a lengthy Maritimes Tour when the world shut down. Since then, we have only been able to share the virtual stage once. I needn’t go on about either of these women. I suspect you know them well – two of the finest writers and funniest humans in the land. Lynn will be joining from Ottawa and Susan from Halifax. Apologies to Susan for keeping her up so late!

Which brings up an important note. Finding the sweet spot to serve multiple time zones is a chronic challenge for live-streaming. For this series, your ticket allows you to view the concert in the following days. So, if you are in the east, don’t worry about it being too late for you.

May 28 — Helen Austin and Maya Rae

The final show on May 28 will feature Vancouver Island’s Helen Austin, who you probably recognize as one half of the Big Little Lions. Helen’s music has charmed me since I first heard it decades ago and I always jump at the chance to share the stage with her. Her creativity and output with the Big Little Lions over the last year has been impressive and inspiring.

And Maya Rae… well, it’s hard to put into words the gift for music that this young woman has. She first played SongBird North when she was just a young teen. Even then, her sophisticated sense of melody and execution was jaw dropping. Accepted last year into the renowned Berklee College of Music, I am regularly taken by her Instagram posts of heart stopping snippets of songs with classmates. I was thrilled that she would be back in Vancouver in time to be a part of this series.

Cheers to The Bez

Lastly, I want to express my gratitude to The Bez Arts Hub and other venues who have adapted to these challenging times, making heroic efforts to preserve both the arts and their venues. Their survival relies on the support of audiences. Over the past year, I have taken in countless “live” performances to support artists and venues and urge others to do the same. I am much richer for it. There have been so many inspiring performances that I never would have had the opportunity to hear, and I’m sure all will subconsciously inform my future work!

Thanks for reading – see you soon!

For more information on the My Sister’s Voice series, visit the events page on The Bez Art Hub’s website