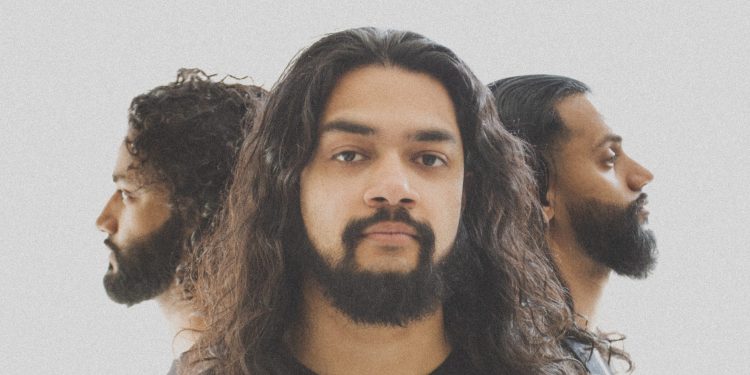 After years of making a name for themselves in clubs around the city, Toronto’s The Dub Chronicles released their long-awaited debut album, Simba (Return to the Throne), on April 23. As a live dub band, the group is somewhat of an anomaly on the reggae scene. Most live acts typically play traditional song formats with occasional forays into the skeletal dub sound — full of echoey sonic shadows and electronic studio effects — usually played by club DJs at a blaring volume. Its bottom-heavy bass and drum magnifications are known to startle and fascinate the ear, causing the body to sway and swing with the rhythm.

It’s the desired effect achieved on The Dub Chronicles’ debut.

While the album’s title — derived from Disney’s 1994 animated epic The Lion King — naturally hits a nostalgic note, it touches on a more personal story for keyboardist/co-producer Jonathan Rattos.

“We love The Lion King. Who doesn’t? That was a signature movie that I grew up with as a child,” Jonathan said. “I definitely wanted to portray that feeling of triumph and victory of good over evil with our album’s title tune ‘Simba (Return to the Throne)’.”

But there is more to the story than that.

“In the summer of 2019, I traveled with my girlfriend and her family to Kenya, where she is from and where the majority of her family lives currently. My family comes from Goa, a Portuguese colony in India, but somewhere along the line we migrated to Kenya before moving from Nairobi to Canada in the late 70s. After years of being together we discovered that both of our families had grown up in the same neighbourhood!” Jonathan reveals.

“The local Masai people in Kenya called me Simba — because of my long hair and beard — and in Swahili, Simba means lion. So a big inspiration for this song came from my first experience of African culture and of my family’s roots. It was a wonderful experience, and the title of this tune eventually became the name of the album.”

With the pandemic sequestering artists in the studio over the past year, many live acts have been forced to transition to recording, a change that some bands find equally transformative and excruciating. I asked Jonathan how he had managed the shift.

“This past year for me has consisted of a lot of trial and error musically.  If you asked me at the beginning of 2020 if we could self-produce, mix and master an 18-track album, I would have thought you were crazy,” he told me.

While the group’s previous EPs — Kingston (2018) and The TakeOver (2019) — were mixed and mastered by producers Tippy IGrade and Dubmatix respectively, Jonathan used the time afforded by the pandemic to learn about the production process.

“Once the pandemic hit, I began to use my time to experiment and study music production, particularly as it applies to both roots reggae and old school bebop jazz. In the spring of 2020 my brother Craig (the drummer of the band) and I recorded 21 classic roots reggae/dub songs of the great 70s/80s era. We started to build our sound from there. You can hear our growth and development as we acquired more and more skills while creating this album.”

In their clubbing days, the band would often invite singers up from the audience, such as legendary reggae vocalist Carol Brown, Juno winner and 2021 nominee Kirk Diamond and perennial winner Exco Levi, a tradition that they have carried over into their debut album. Much of the record’s charm comes from the quality of its featured vocalists like Grammy-award winner Kumar Bent and Tash Lorayne.

“We originally met Kumar in the summer of 2018 when we were playing his meet-and-greet party at the Harlem Underground here in Toronto. He jumped on the riddim ‘Milk and Honey,’ that earned his former band, Raging Fyah, a reggae Grammy nomination. It seemed so effortless and natural, as if we had rehearsed it. He ended up singing the entire set with us, and from there we knew we wanted to collaborate with him. We feel his vocals and lyrics give new meaning and emphasis to our riddims.”

Kumar lends his voice to six of the new tracks, while Tash sings on two. Boasting an impressive resume — providing backing vocals to the Arkells and starring in Lady Day: Her Music, Her Memoirs, a virtual tribute to the work of Billie Holiday — it didn’t take the band long to realize she was a good fit.

“[Tash] originally sent us a voice note of her singing on our riddim ‘Lovers Magic’ and the voice note itself gave us chills. We knew immediately after this we had to do a studio take. Initially, we didn’t know that we were going to have her as a feature on this album, but we sent her “All Your Days A Breeze” to have a listen to while we were still working on the mixes, and she put together a great song.  It has become the lead single for this release. She is the perfect fit and complement to our reggae and bebop jazz vibe.” You can give it a listen here:

Simba (Return to the Throne) presents a wide range of styles, from Ocho smooth to rootsier Kingston vibes on the rougher reggae textures and dubs. Brothers Jonathan and Craig have long been students of the genre, absorbing all of these influences without ever even having travelled to Jamaica.

“Although we’ve never been there, we’ve had a love affair with Jamaican music from childhood,” Jonathan said. “We’ve studied and listened to so much roots reggae, Craig especially. I call him the encyclopedia of reggae because he knows all of the foundation artists and their music, and we have spent countless hours dissecting riddims that we love.”

For the Rattos brothers, music has always been a family affair.

“We come from a very musical family. My father is a guitarist/vocalist who played rock ‘n’ roll music of the 70s and 80s professionally. My mother took piano lessons as a child as well, so both of my brothers and I grew up taking music lessons from a young age.”

Jonathan credits his eldest brother, Ryan — the band’s guitarist and flutist — with introducing them to the genres that would come to solidify their sound.

“His musical tastes swayed us in the direction of both roots reggae and jazz,” he said. “He has deeply influenced the music of the band whether directly or indirectly from our beginning stages.” 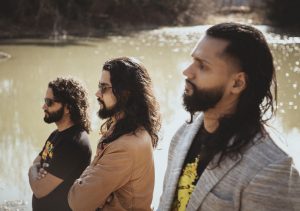 Jonathan said that this new release will likely inform how the band operates in the future, collaborating with both local and international artists and writing original instrumental riddims as a way to support Toronto’s reggae community.

“This new album will be the blueprint for how we plan to release our future works,” he said. “We want to do our part for the reggae community and provide a platform for these talented artists to express what they have to say on our riddims.”

Simba (Return to the Throne) marks a new chapter of dub music in Toronto, contributing to the recorded legacy of the city’s rich reggae community. It comes at a critical juncture.

“In these dark times, there is lots to look forward to within our reggae community here in Toronto, and when one door closes many more open. It’s a good time for artists to collaborate. Now more than ever, our community needs support, and the arts always have a way of comforting our souls and inspiring our spirits. Good music can provide all of these things to people. It can help heal us, make us feel better, and give us something to inspire faith for our future.”