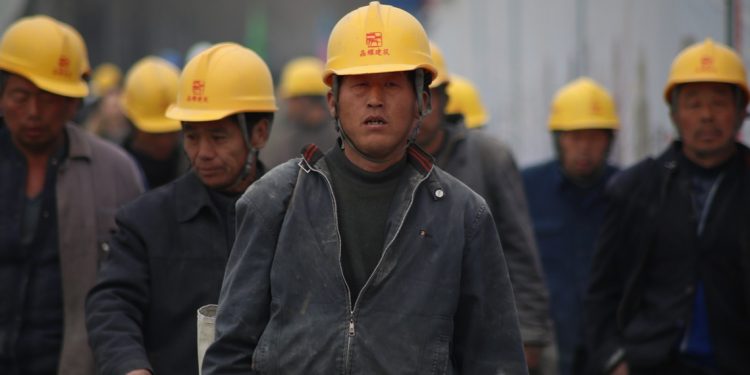 May Day isn’t an official holiday in Canada.

But this authentic socialist celebration of workers’ rights is nonetheless celebrated around the world in various ways, including here.  It is closely related to the struggle for an eight-hour workday in the U.S. and specifically to a May 1 strike in Chicago to that end.

So in honour of May Day tomorrow, let’s have a listen to a few great Canadian songs about working life, shall we?

Ferron – “Shadows on a Dime”

If this song isn’t based on personal experience, then Ferron is one heck of an actress in addition to being an amazing songwriter. The title track to her 1984 album finds her haunted by her time as a factory worker and by the memories of the people she left behind to find a more fulfilling career in music. Shout out to Carolyn Victoria Mill for recommending this version from Boulder.

Buffy Sainte-Marie – “Men of the Fields”

Buffy Sainte-Marie is known for many many achievements: her smash hit “Until It’s Time For You To Go,” which was recorded by Elvis; her anthemic songs about Indigenous issues; her Oscar for the song “Up Where We Belong”; her 1970s stint on Sesame Street to promote visibility for Indigenous people; her pioneering work as a digital visual artist; her forays into electronica, and her Polaris Prize win in 2015 for Power in the Blood, just to name a few.  She is not particularly known for songs about working people, but you have to know that she’s written them.  This one is from her album Little Wheel Spin and Spin.

David Francey is the real deal, a lifelong manual labourer who wrote songs to chronical the lives of the people he worked with. In fact, he pretty much had to be dragged away from that life and into the music industry by his wife because he was really quite happy working construction out in Ayer’s Cliffe.  Fortunately, Beth is a determined woman, and three Junos later, I think David is glad he gave in to her pressure to perform.  I think I speak for pretty well all folk fans when I say, we are too.

Polaris Prize-winning hip hop artist Haviah Mighty might’ve just nailed the current zeitgeist with her first single since her 2019 album, 13th Floor.  On “Atlantic” she traces the lines between slavery and modern-day corporate enrichment at the expense of underpaid workers and marginalized people. “Money cost more than most things,” she rhymes.  Uh huh.  You can say that again.

No May Day list can really be complete without a song from Maria Dunn, given that she did record a whole album about working people in Western Canada. “How Do You Do, 1935?” is a song about the On to Ottawa Trek of that year, during which men left jobless during the Great Depression hopped freight trains to Ottawa to protest the conditions in the relief camps – where they were paid 20 cents a day to work on public works projects.

Aasiva has another new single out, this ...