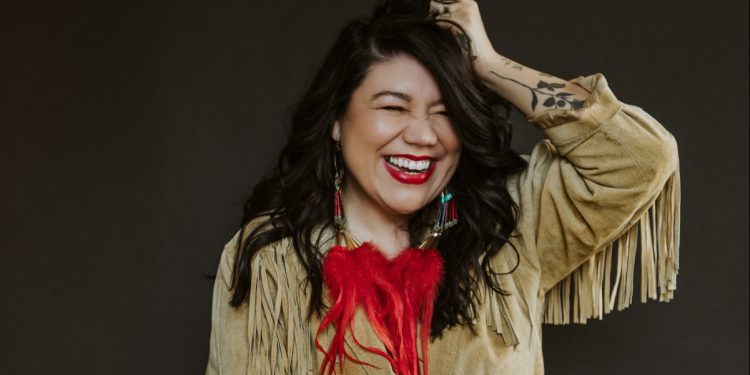 Chances are you’ve seen that Scotiabank commercial that ends with a female voice singing the chorus of the Tragically Hip’s “Ahead by a Century.”

What you might not know is that the female voice belongs to Edmonton artist Celeigh Cardinal, the 2020 Juno winner for Indigenous Artist of the Year and one of the most riveting new voices on the scene today.

Well, it turns out Celeigh was so inspired by her work on the ad that she decided to record her own full version of “Ahead by a Century,” and she just released it this month with an accompanying music video.

“It felt very serendipitous to be the voice for this commercial,” she explained in the news release announcing the new single. “I so admired the many facets of Gord Downie’s work. He used his voice to bring attention to Indigenous issues to a massive demographic of Canadians who may have never learned of Residential schools otherwise. I feel tethered to this song and wanted to sing it from my perspective with a voice of gratitude and joy.”

Celeigh’s full rendition is upbeat, a little bit jazzy and very much her own, unlike the subtle lines you hear on the ad.

It was mixed and produced by James Bunton(Donovan Woods, Harrow Fair), and mastered by Heather Kirby from Dreamlands Mastering (Leanne Betasamosake Simpson). It features Brennan Cameron on keys, Paul Bergeron on bass, Christine Bougie on electric guitar and lap steel, and Joshua Van Tassel on drums.

“Covering ‘Ahead By A Century’ was a daunting task,”  Celeigh said. “The Tragically Hip are beloved in Canada, so while I was nervous to release one of their songs with a different spin, I wanted to celebrate Gord’s contribution to Indigenous communities with a joyful version of this song. The words ‘No dress rehearsal, this is our life’ still run over and over in my head. What a massive truth that is.”

The video for the song, like so many these days, is a composite of images of bandmembers performing and friends and family members dancing, playing, showing off their cute pets, and generally being real. I spotted G.R. Gritt, Elaine Bomberry and Murray Porter in the montage. See if you recognize anyone.

Home Routes has announced its next series ...