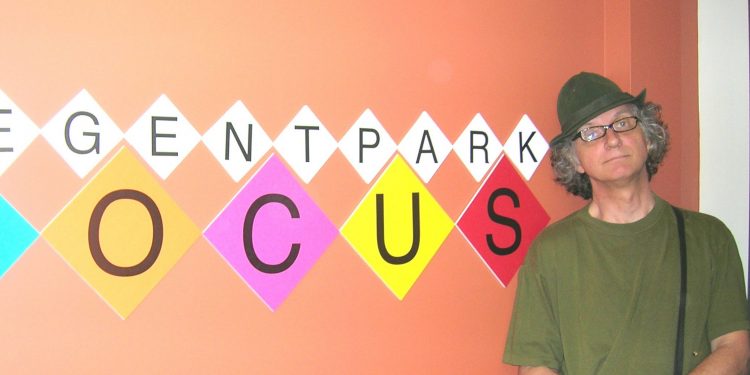 In addition to writing for Roots Music Canada, Paul Corby hosts Corby’s Orbit on Radio Regent in Toronto.  This month, he is celebrating 20 years on air, and he wrote this lovely piece in celebration.

I am but a small-shot DJ, clinging precariously to the sticky meniscus of Canadian radio. I have maintained a dedicated blog and a weekly music broadcast for twelve years. I have been doing it even longer.

Twenty years ago this month, actually, before anyone had ever driven a car into a crowd or an airplane into a skyscraper, I got up at 5 a.m. on a morning smelling of ozone and newsprint and lugged a crate of L.P.s, and a bag of CDs slung on my shoulder, downtown to Yonge and Dundas on the eerily empty subway to play my first show on CKLN.FM. I was the fill-in host for Bill Grove, dark mega-far-out jazz cogno renegade, who had recently been dismissed for one of his flammably candid on-air comments. I had gone down to complain about his firing to the station manager, Tim May, and he responded, astoundingly, by saying “You want a shot at the show?”

So at 7 a.m., I put on the headphones, slid up the faders, said good morning, and played Oscar Peterson’s rich solo version of “Django,” dedicating it to the composer, MJQ’s John Lewis, who had just recently slipped the surly bonds for real. Then I spun King Curtis’ boiling take on “The Swinging Shepherd Blues” (original title – “Blues a la Canadiana”), and on to Ornette, Kerouac, Charles Lloyd…”Thanks for keeping it real,” said a guy on the phone, and hung up. At eleven, my airwave idol, New Electronic Soul DJ, Denise Benson, came in to do her show and gave me some complimentary encouragement. As I left, DJ Tony Barnes confided that I needed a course at “NO-UM school.” I think I – um – still do.

Including those mentioned above, my thanks go out to Ron Gaskin, Wally Dawson, Greg Lawson, Victor Baines Marshall, Julie Hill, Ron Anichek, Stevie Connor, Daniel, Jackie, Stuart, Adonis, Amil, Tyrone, Pat, Erdine, videographers Otis, Jake and Dimitri, and my DJ exemplars, David Kingston, Rainer Schwartz  and Tom Shannon at CKLW, the stalwart legions of adventurous publicists, and those promoters who understand and empathize with talent, and mostly to all of my Orbital listeners.

My colleagues have nurtured and informed in me a love for Canadian musicians that I had already cultivated in 20 years of roadburn as a touring guitar player. I have learned to listen deep and to help break artists out of their struggle with critical obfuscation and media blind-spots, and give them interview time, platforms to play out their visions, the odd gig, and the chance to say, “Oh, we’re doing well on campus and community radio.” Thank you for beautifying my show with your music.

My media allegiance has always been to the dark and querulous voices. I have alienated friends and made enemies by criticizing the mediocrity of many of our accepted CBC/Juno darlings, and especially their well-paid supporting cast. Consequently, only brave outlying iconoclasts have given me significant love as I have proceeded to wade my way through the dank and stormy programming bogs, while exposing my sometimes scabrous attitudes, which I prefer to think of as “being funny.” My sincere appreciation goes out to them all, most especially to Heather Kitching, my editor and friend at Roots Music Canada.

I gratefully maintain tenuously, a place in your ear-waves for now. Radio Regent has officially closed its offices this past month, although we are promised a new space if ever we manage to manifest ourselves in physical space again. Until that time the Orbit is up, and up, but definitely, not yet, away.

The Ottawa Grassroots Festival has announced this ...