Mark J. Nyvlt releases meditative video for ‘The Tree’ from latest album This ‘N’ That 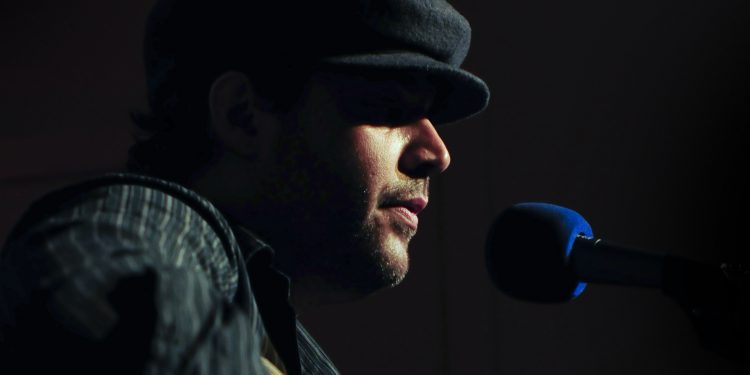 I think it’s fair to say we’re all craving a little taste of the outdoors for mental and physical rejuvenation at the moment, and Ottawa jazz-folk troubadour Mark J. Nyvlt (pronounced “Ni-valt”) is here to oblige with the video for “The Tree,” from his latest album This ‘N’ That. The song is meditative on its own, but when combined with the stunning visuals captured by the video’s creator, Janina Mueller, the overall effect is incredibly calming. Watch it below.

Mark said of the song, “I wrote ‘The Tree’ from the vantage point of philosophers and historians who observed the rise and fall of political ideologies over the centuries, things that more often than not resulted in war and death. The tree in the song is symbolic of that stable observer who writes and records all of these events. The underlying message is intended to give strength to the listener. We’re all capable of detaching ourselves and seeing the world for what it is: absolutely beautiful! As a song, I hope ‘The Tree’ captures these dual sentiments.”

Such a concept shouldn’t be surprising given that Mark is Dean of the Faculty of Philosophy at Ottawa’s Dominican University College, a vocation he ultimately chose rather than pursuing a career as a classical musician. However, since picking up the guitar again in his 30s, Mark has released three albums (This ‘N’ That is the fourth) that have demonstrated his renewed, open-minded approach to music.

Mark has always embraced a broad worldview as the son of a Czechoslovakian father and Egyptian mother. It’s led to his songwriting encompassing the essence of the stories he’s accumulated over the course of his extensive world travels, through which he conveys some of the wonder they’ve provided him. In keeping with that notion, many of Nyvlt’s original songs on This ‘N’ That deal with some of the bigger questions all human beings are faced with from time to time, making the album an endlessly fascinating listen.

Mark J. Nyvlt’s This ‘N’ That is available on all streaming platforms and from his Bandcamp page. Stay updated at marknyvlt.com.