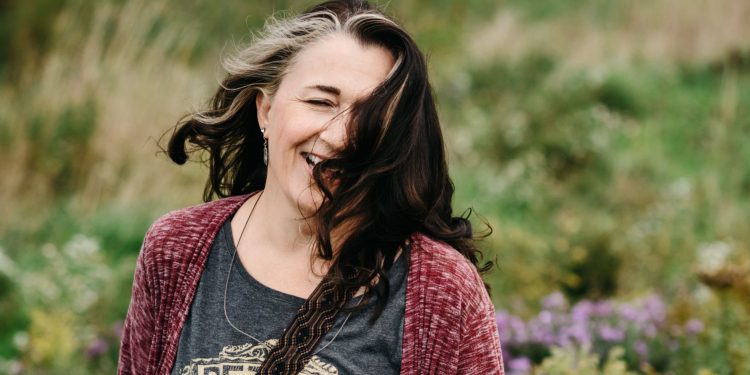 Award-winning singer-songwriter Karen Morand follows up her solo release Every Flash of Light (2018) with four  new singles accompanied by her acoustic trio, The Bosco Boys.

Karen penned “Never Enough” in response to a songwriting challenge. As the pandemic has unfolded, the song has taken on greater significance.

One more scroll, one more mouthful, one more guilty pleasure – there are things we do to deal with the hard parts of life. It becomes a problem when “just one more” isn’t enough. “Never Enough” is a love song. It reaches into the heart of addictions and calls out the true soul of a person.

The song is on Karen’s forthcoming album, Ghost Hotel, which is due for release next year.

Armed with original songs and feisty, powerhouse vocals, Karen is an artist who delivers a soul-stirring show, one that showcases her lively alt-folk with well-worn blues and gritty gospel on the side.

A graduate from the University of Windsor’s music therapy program, Karen enjoys experimenting as a multi-instrumentalist who plays guitar, ukulele, accordion and banjo. She was a prize winner in the 2016 Canada South Songwriting Contest, and her songs celebrate the joys and broken parts of real life.

In concert, when we’re allowed to do those things, Karen performs original songs spanning her four album releases, alongside folk classics and new favourites from her songwriter friends. She appears live both as a versatile soloist and accompanied by the Bosco Boys.  Since her first studio release, Carry On, in 2012, followed by I Think I’ll Lose My Mind Today in 2014, and Junkyard Heart in 2016, Karen has maintained an intense schedule of performances throughout Canada. Karen has brought her music to eclectic backdrops including inner-city churches, stages tucked deep into the Ontario forest, classrooms, living rooms, and concert halls.

Her first solo and most recent release, Every Flash of Light (2018), is an EP including co-writes with Nashville songwriters Steve Hindalong (the Choir), Kelly Kessler and Linda McRae (Spirit of the West). Other collaborations include her recent pairing with internationally renowned bluesman, Manitoba Hal Brolund as the bluesy gospel Americana duo Even the Bird Was Free.

Highlights of Karen’s musical adventures include showcases at the Songwriters’ Symposium and SWERFA, both in Austin, TX, sold-out performances at The Bank Theatre in Leamington, appearances at the Winterfolk, Blue Skies, and Kingsville Folk Festivals, and an event with the Windsor Symphony Orchestra to perform her original song as part of the Six String Nation project.