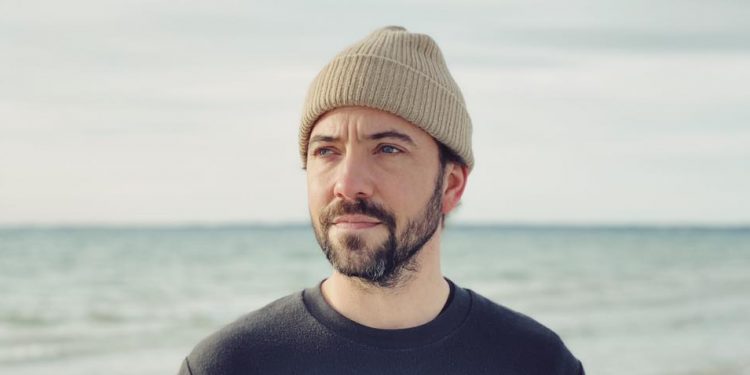 The release of Islands, the latest album from singer-songwriter Justin Rutledge, is not a re-do of songs he was dissatisfied with the first time they were recorded. Instead, this album of bare-bones versions of some of Justin’s best-loved songs is more a trip down memory lane as he looks at his life at different stages of his development as a songwriter.

“The idea came about fairly organically,” he said from his Toronto home. “It wasn’t really overly planned. It sounds like a COVID album but it’s not. It was recorded pre-COVID. It’s not like I was sitting around and couldn’t see anyone, so I just decided to record some acoustic songs. This album was recorded in February of 2020. I’m almost 20 years into my career since I released my first album (2004’s No Never Alone). I don’t have any hits so I can’t release a ‘Greatest Hits’ album, so I decided to do the next best thing. The credentials for songs that made this record were songs I thought highly of throughout my career, and then other songs that were favourites of fans. [These are] songs that have been requested at shows or that have been mainstays in my set lists. ‘Come Summertime’ is the lead-off track on the record. For those that come to my shows, they know I tend to start with that song. These are certain songs I sort of keep close to me and then there are songs on the record I’ve never really played live. ‘Federal Mail’ is a good example of a song that doesn’t really make my set lists at all but I’ve always thought very highly of that song. There are only nine songs on the record out of eight albums, which would be 80-plus songs, so I imagine there might be a Volume Two down the road a bit.”

The songs on Islands were recorded with minimal accompaniment from engineer Chris Stringer, Mike Brushey, Aaron Comeau, Devon Henderson and Tom Juhas. The downsized treatment even extends to leaving out the lyrics to “Federal Mail”.

“I decided to record it as an instrumental because I don’t really care about hearing myself sing all the time,” said Justin. “That song in particular has a very catchy melody, and I really wanted to illustrate on the record that sometimes you don’t need lyrics to carry a song. Sometimes the melody can really carry it for you. I listen to a lot of classical music. I listen to a lot of jazz. I really like the way instrumental music helps you relax. It doesn’t give you that verbal information, that even though you might just be listening to it in the background, it’s still words in your ear. So I wanted to take a step back and record an instrumental song and just let the music do the work.”

To get the right mood in the recording studio Justin turned to his friend Chris, whom he’s worked with before.

“I like working with people I trust and have a longstanding relationship with,” he said. “It helps to get into the studio and just feel at home. There are certain people you want to have around you that help you feel that way, and Chris is one of those people. He’s an exceptionally talented engineer to begin with. We worked on my last album, Passages, together, and we’ve known each other through the music scene for many years. It’s familiarity he brings to the table and a sense of expertise and talent.”

One of Justin’s most popular songs in concert over the years, “Jellybean,” had yet to make it to one of his albums despite a number of attempts.

“This was my third time recording it,” he said. “But it just never really made sense in terms of sequencing, album planning, in terms of what the album needed. I’m not going to force a song onto a record just because it’s written. I’ve recorded albums where songs haven’t made the cut at the end of the day, when I had every intention of including them. But at the end of the session, they just don’t feel right. ‘Jellybean’ is one of those songs because it’s a live experience. I play it at all my shows, and it’s usually the last song of the night. Everyone sings along. This being an acoustic album filled with fan favourites, I felt like I had to record it for this record, and it’s really the first time it felt right. It’s two guitars and people singing and that’s it.”

One year into the COVID-19 pandemic, people of all walks of life have had to re-adjust their lives. “Pivot” seems to be the current phrase of choice. For many this has meant a re-assessment of what’s really important. For others, it’s a reinforcement of their priorities. It’s been no different for Justin Rutledge.

“I have made some pretty dramatic decisions this year,” he said. “One of them mainly is to go back to school. I’m taking this year of forced convalescence to get my certificate in arts administration through Humber College. What precipitated that was, when COVID hit in March, I was at the Junos in Saskatoon, which didn’t happen. All my gigs got cancelled. There goes my living and my income. [The thought was] ‘OK, I’ll wait around and maybe some door will open.’ They never did, and they’re not likely to. So Spotify has stripped away any mechanical royalties and now a global pandemic has stripped away all my income from live music revenue, so I’ve got to figure it out. It’s just the reality of the situation that it’s more and more difficult for small to medium-sized artists at this level to maintain a living, let alone having a global pandemic take our livelihoods away. We make a very modest living to begin with, so instead of dwelling on that, instead of getting mildly depressed or anxious about it, I decided to do something about it. I’ve been in school since September, and I’m learning a lot about the arts sector. I’ve been involved in the arts for 20 years now in a performance role but now it’s really interesting to learn the administrative and management side of the role. What does it take to run an arts organization? What does it take to run a successful non-profit, charitable organization?

“I’ll never stop writing music, but at some point, with a small family, you have to sort of take a step back and re-evaluate. To be quite honest, I wouldn’t be in school if it weren’t for COVID, and I think this is one of the best decisions I’ve made in a long time.”

For more information on Justin Rutledge and his new album, Islands, go to: justinrutledge.com.