6 Irish-Canadian artists who are actually FROM Ireland 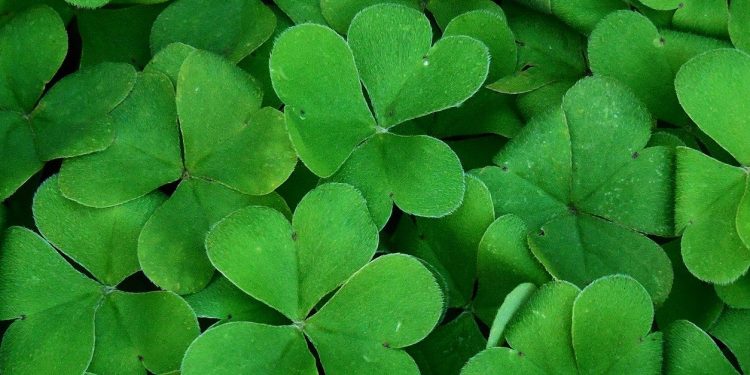 Canada has one of the finest Celtic music scenes of anywhere outside the British Isles and Ireland, particularly in places like Cape Breton Island, where I’m pretty sure kids learn to fiddle before they can walk.

We also punch above our weight when it comes to drinking songs, thanks, in part, to acts like Spirit of the West, the Irish Rovers, and Great Big Sea.

So as we celebrate another St. Paddy’s in the saddest, most pathetic, most un St. Paddy’s way possible – by drinking alone at home with no parades or parties to attend – it may come as a surprise to many to know what we don’t have in Canada: an abundance of Irish musicians.

Yes, we have many leading acts who come from Irish stock, such as James Keelaghan, Loreena McKennitt and Kate and Anna McGarrigle.

But artists who were actually born in Ireland?

So in honour of St. Patrick’s Day, let’s raise a green beer to a few of the Irish musicians who did actually emigrate from Paddy’s green shamrock shore, shall we?

The original members of the Irish Rovers

The Irish Rovers have been many things to many people over the years: beloved children’s entertainers (“The Unicorn”), fine interpreters of traditional ballads (many), a novelty act (“Grandma Got Run Over by a Reindeer”), purveyors of raucous drinking songs (“Wasn’t That a Party”), shameless promoters of bad beer (“Here’s to the Horses”), and … uh … (“Snoopy and the Red Baron”).

But while the University of Limerick may not be bestowing any honorary degrees on the boys for their service to Ireland’s cultural heritage, the truth is, there are few bands in Canada that can profess to be as authentically Irish as the Rovers. That’s because all four of the original members, Will, George and Joe Millar and Jimmy Ferguson, were all born in Ireland and emigrated to Canada as teens or young adults.

They may not have been the most “serious and scholarly” Irish music group, to quote AllMusic, but let’s face it, they were and are the most memorable. Who among us of a certain age can’t still sing many of the lyrics to songs like this one (not the original line-up here, but Jimmy Ferguson sings lead, so Will Millar’s absence is less conspicuous).

Eileen arrived in Canada at the tender age of six, so you won’t detect the tell-tale lilt when she talks.  But there are shades of the green isle in her deeply intimate and stirring vocals and her slightly Celtic-influenced songwriting. Heck, Irish star Mary Black had a hit overseas with a cover of Eileen’s song “Wildest Dreams,” so you know she can hold her own in the homeland. Ironically, though, one of Eileen’s most popular songs might be one she borrowed from a Scotsman.  Her cover of Dougie MacLean’s “Caledonia” will make you homesick for a country that Eileen’s not even from.

A legend of the Newfoundland music scene, Fergus was born in Dublin but emigrated to Toronto in the 60s, where he co-founded the band the Sons of Erin with Dermot O’Reilly, Ralph O’Brien and Gary Kavanagh. He subsequently formed the iconic Ryan’s Fancy with Dermot and Denis Ryan (also Irish immigrants), and the trio moved to Newfoundland, where they were discovered by the CBC. They became the stars of a namesake TV show that captured them performing across the East Coast. In fact, search YouTube and you’ll find footage of them singing “Barrett’s Privateers” with Stan Rogers.

Later, Fergus became a member of Tickle Harbour and of A Crowd of Bold Sharemen. He also performs with his son, Fergus Brown-O’Byrne. Fergus is a true elder statesman of folk music in Newfoundland, and this miniature biography is woefully inadequate to express his stature in the community or the range of his involvements in music, mentorship and arts advocacy. Suffice to say, they are immense. Check him out singing lead in this clip from the TV show.

It’s a good day when I can get an Irishman and a sea shanty into a single paragraph, and Tom Lewis fits the bill. Born in northern Ireland, he spent a good portion of his life in Canada and made a name for himself writing songs in maritime and shanty tradition, notably “A Sailor Ain’t a Sailor” and this one: “Marching Inland.”

I mean if Irish Mythen WEREN’T from Ireland, that would be kind of weird, right?

Fortunately, we were able to lure her to Canada in 2007 because the Stan Rogers Folk Festival showed her such a good time. She found the atmosphere on the East Coast conducive to taking her budding music career more seriously. Now she’s a Juno nominee who’s played some major festivals around the world and earned praise from The Guardian – the actual British one, not the Charlottetown one, though I’m pretty sure they like her too.  Irish sounds great on record, but nothing comes close to seeing her live, so here’s a video of her playing “Tullamore Blues” on stage.

Steafan doesn’t have a massive profile online, probably because if he did, he’d have music fans following him around to find out which famous rock star he’ll work with next. The man allegedly turned down his compatriots U2, for crying out loud. He might’ve been busy with Il Divo, Bjork, Depeche Mode, the Strawbs, Michael Flatley or any of the other big names he has played with. Or he might’ve been tied up arranging music for the TV show Friends, because he’s done that too.  Steafan and his family moved to Canada around 14 years ago, and these days, Steafan has been gigging with his family band Clan Hannigan. He’s also lent his talents to a ton of fine Canadian songwriters, including James Keelaghan and Eileen Laverty.  Oh!  And he also works with ArtsCan Circle in northwestern Ontario First Nations, particularly Pikangikum. If you want to understand why Steafan is so sought after, I dare you to try to NOT watch this video all the way to the end.

A cover band made up of members ...