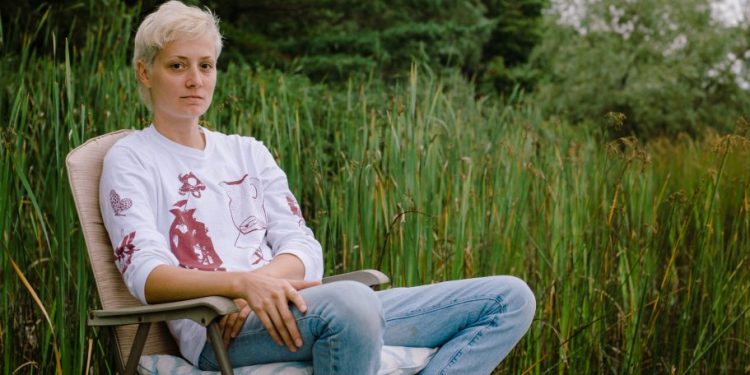 East Coast Music Award-winning artist Mo Kenney is releasing a new album on Feb. 26 that’s all covers of other people’s songs, and it features a real variety of tracks – songs by everyone from Guide by Voices to Patsy Cline.

She’s just released the third single from that album, this time, a cover of “Hard on You” by Daniel Romano.

“I’ve been a big Daniel Romano fan since I first heard this song,” Mo said in a news release announcing the new single. “It was so nice to hear a modern country song that was reminiscent of the old stuff. The songwriting is so good, I was excited to strip it down so the lyrics really shine.”

The song was recorded in front of a single mic at the New Scotland Yard, the studio belonging to Joel Plaskett, who essentially discovered Mo when she was still in high school.

Mo’s version is lonesome and unadorned and evokes the psychic exhaustion of dealing with someone who needs someone to get hard on them.  It features nothing but earthy acoustic fingerpicking and Mo’s weary voice.

Mo’s forthcoming album is appropriately titled Covers and can be preordered here.

Have a listen to “Hard on You” here.