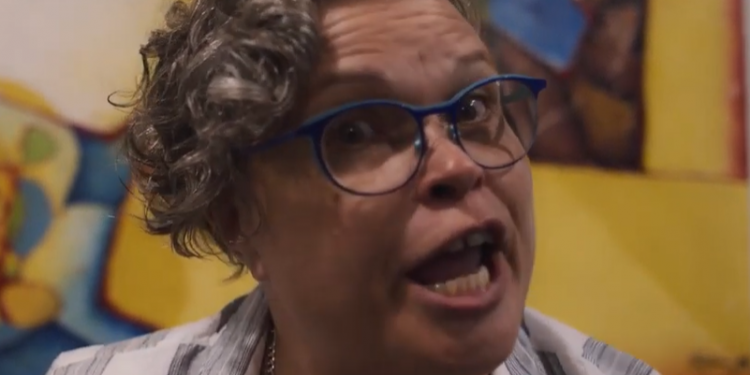 Award-winning Edmonton blueswoman Kat Danser releases her sixth album, One Eye Open, on Feb. 12, and we’re excited to premiere one of the songs and videos today on Roots Music Canada: “Way I Like it Done.”

“The lyrics and the horn section set the tone for the entire album.,” Kat said of the original number. “I am feeling freer to express myself because I don’t care so much any more about what people think about me. My hair turned grey (I turned 50), and I am lighter hearted and lighter bodied than at any other time in my life. The album celebrates my love for life and doing things the Way I Like It Done.”

Kat once again worked with Nashville-based Canadian producer Steve Dawson on One Eye Open, though things were a little different from when they made her last album, Goin’ Gone. The core band, comprised of Steve (guitars), Gary Craig (drums) and Jeremy Holmes (bass), was not able to record in the same room, live off of the floor, as is their preference, but – as a concession to the times we are living through – they had to assemble the album remotely.  Yet, even with Kat recording her vocals in Edmonton, and other musicians located around the continent while Steve directed traffic from his studio, the results are as organic, intuitive and in-the-moment as anything these veterans have ever recorded.

The full horn section featured on six of the album’s 10 tracks reflects Kat’s passion for Afro Cuban jazz and the place where it intersects with traditional New Orleans music. The section, comprised of Dominic Conway, Jeremy Cook and Malcolm Aiken was produced in real time from Nashville while the players stood 15 feet apart from each other in Vancouver as Kat watched the whole session on Zoom from her home in Edmonton.

In addition to Kat’s original songs, One Eye Open, features two carefully chosen covers that set the context for her own take on the blues. “Bring It With You When You Come” is a song from the 1920’s by Gus Cannon.  And Kat’s  soulful take on Jessie May Hemphill’s “Get Right Church” is incendiary and truly a song Kat was born to sing.

Have a listen to “Way I Like it Done” here:

Songs for the Revolution: Strengthening our ...

Leahy has released a new single and ...