‘I want everyone to remember his name’: Indigenous music trailblazer Shingoose has died of COVID-19 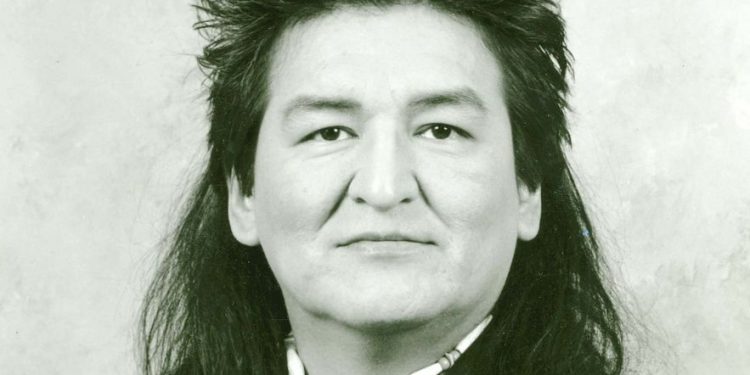 Duke Redbird first met Shingoose at the Mariposa Folk Festival in the late 60s or early 70s.  They were performing as part of a showcase of Indigenous performers that Estelle Klein had put together at the urging of Alanis Obomsawin, Duke said.

They would go on to make a record with Bruce Cockburn, capture the attention of Glen Campbell, tour and perform together on numerous occasions, collaborate on several films, and earn a Grammy nomination as part of the Native North America collection, a compilation of songs from Indigenous music pioneers.

One of the last times Duke saw Goose, they were celebrating that album on stage at the 2016 Winnipeg Folk Festival.

Shingoose, singer, songwriter composer, performer, TV producer, activist and all-round trailblazer for Indigenous music, died this month of COVID-19 at the age of 74.

“I was in touch with him just a few weeks ago, and we were talking about [how] he was still writing songs, and it’s such a sad thing that the virus caught up to him before the vaccine got to him,” Duke said. “He was only 74.  I’m 82, so he seemed like my younger brother, you know?”

Duke connected with Shingoose because they came from similar backgrounds, he said.

Both were Ojibway. Goose had been adopted into a white family. Duke had grown up in white foster homes. Both had recognized in their teen years the systemic racism that surrounded them and sought out their birth families and home communities. 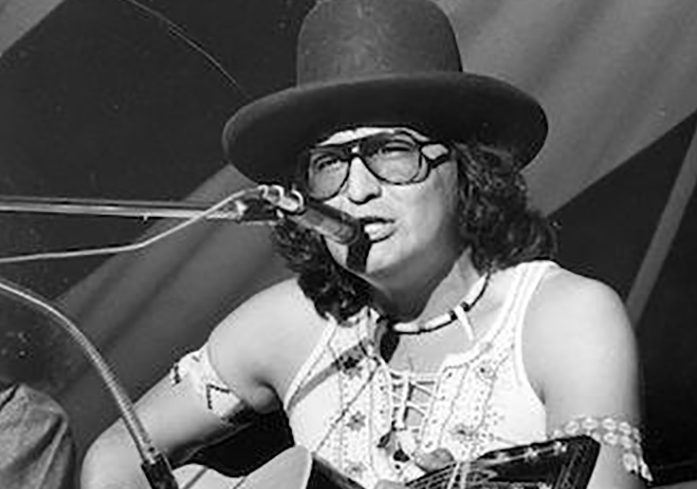 “We as teenagers rediscovered our roots and then began being fairly activist… took on the mantle of red power and began to write songs and perform and fight for Indigenous rights,” he said.

“Because we had learned and understood the dominant culture’s world, we were very very good at figuring out what we considered the white man’s mind and the manner in which they run things. And then we had our own Indigenous background as well, so we were able to cross over in a way that I think a lot of Native children coming out of residential school didn’t have that same capacity [to]” he said, noting that residential schools were particularly brutal in destroying Indigenous identity, and music there was considered the work of the devil.

Duke and Goose bonded in a way that was similar to that of soldiers who’d been in battle together or members of a sports team, he said, a fact he attributed to time spent together at Small Boy’s Camp, a traditional Indigenous community, where they lived off the land.

Duke toured and performed with Goose regularly between around 1968 and 75, he said.  The collaborated on two of Duke’s films, The Paradox of Norval Morrisseau and He Who Sees Upside Down.

They also founded a recorded label, Native Country, and released Goose’s debut album, also called Native Country, which was produced by Bruce Cockburn, who they’d met through mutual friends in Winnipeg, as Bruce remembers it.

“It stood out for me because it was the first time I’d been formally introduced to a Native person, an Aboriginal person,” Bruce told me.  “Growing up in Ottawa, there was nobody but us white folks, basically.  There were other kinds of people around all over the place, but not in the school I went to and not in the social circles I moved in. … It was my first insight into… the distinction between and the gap between what I’d grown up thinking was a normal upbringing and what anybody with an Aboriginal background would grow up with.  It was an eye opener and I also found that he was a really likeable guy, so we became friends.”

Bruce, who would make a name for himself as an activist performer in his own right, subsequently worked with Goose on his own 1978 album, Further Adventures Of, on which Goose sang backing vocals on four songs.  Goose also helped connect Bruce with the celebrated northwestern Ontario painter Norval Morrisseau, with whom Goose and Duke were good friends, Bruce said.

After putting out Native North America, Goose and Duke headed to California as prospective songwriters for Glen Campbell, Duke said.

There, Goose spent a couple of years working closely with actor Max Gail, who played Detective Stan “Wojo” Wojciehowicz on the sitcom Barny Miller – a man who had made his name as an actor but who was also an enthusiastic musician, Duke explained.

He would return to Winnipeg in the early ‘80s and perform in Don Marks’ Indigenous musical InDEO, a role that led Goose to a career in media.  The two men formed Native Multimedia Productions and produced several Indian Time television specials for Bravo that showcased Indigenous musicians. They also produced First Nations Magazine for CKND TV.

The Junos get an Indigenous category

By the early ‘90s, Goose was living in Toronto, and that’s where he met then-Juno committee member Elaine Bomberry, who had first encountered him as a 13-year-old fan in the audience at one of those Indigenous music stages at the Mariposa Folk Festival.

“I was so impressed because I had never seen contemporary Indigenous performers in that setting,” she said. “The only point of reference I had before that was seeing Redbone on the Midnight Special like the year before. … It just opened my eyeballs, and I went, ‘Yeah, we can do that too!’”

So impressed was her family that her parents packed up the kids and followed the artists to two more festivals, Deadhead-style.

Years later, that anecdote would provide “kind of a cool bonding moment” when the two were introduced.

And the timing was fortuitous.

Elaine had been serving as a juror for the Juno Awards’ world music category and had been invited to serve on the committee that oversees the category.  She had complained that Indigenous artists, such as Kashtin, did not belong in “worldbeat” and needed a category of their own.

‘I want everyone to remember his name’

With guidance from CARAS, she set out to lobby for the creation of a new category, but she needed help to document the breadth of Indigenous musical releases in the country – so she reached out to Goose for help.

Before long, their efforts drew the attention of Buffy Sainte-Marie, who joined the cause and helped them seal the deal on what was then called Best Music of Aboriginal Canada recording.

“He certainly opened up avenues of opportunity for Indigenous musicians and singers,” Duke said.

“When we first started it was hard enough just to get into a folk festival on your own stage without trying to convince the powers that be to even consider that Indigenous music really was worthy of any kind of attention.”

Musicians of today are standing on broad shoulders because of the doors he opened up, said Duke, adding that Goose will be remembered most for his enthusiasm, optimism and entrepreneurship.

“Back in the 60s, you know, we’re talking 50 years ago, any opportunity to be showcased anywhere was so rare you had to be a talent as good as he was even to get the least bit of recognition,” he said. “So I can’t imagine where he would’ve gone if he’d been a 20-year-old Shingoose living in the 21st century.  He would’ve impacted the world in a completely different way.”

“I want everyone to remember his name,” Elaine said. “He was a real force within helping to shape Indigenous music where it is today and where it’s going.”

Sultans of String is holding an interactive ...