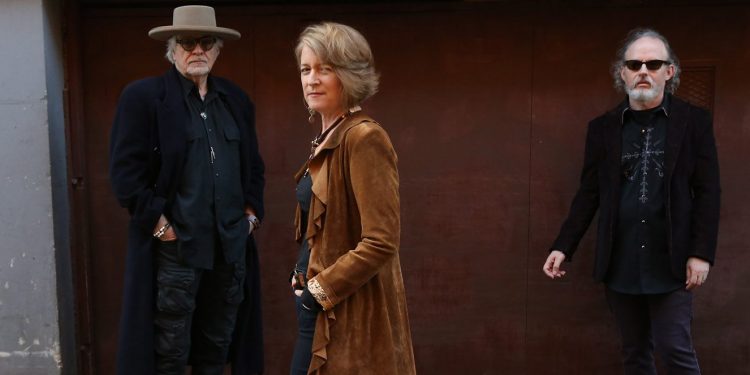 On their new album, Strange Flight, officially out March 26, the Wanted return with another collection of honest and gritty roots music, infused with a spirit that’s at times darkly haunting, incisively witty, or just plain fun. It’s an approach the Toronto-based group has honed since releasing its self-titled debut album, which has tallied close to a half-million Spotify streams and earned them appearances at the Mariposa Folk Festival, Folk Alliance International, and the Canadian Country Music Awards.

We’re excited to premiere the first single and video, “Before The Fall,” which is available to stream now on all digital platforms, and at the Wanted’s Bandcamp page, where you can also pre-order Strange Flight.

“This is a collection of mostly original material that the band has been playing live for years,” Jeff said. “It’s been a slow burn for some of these songs. Most have been road-tested so we know they connect with our audience. But we can’t overstate Michael Timmins’s role in the process and the confidence he has given us to take risks and focus on finding ourselves and the right grooves.”

Natalie added, “The songs chosen for this album are a true reflection of how our sound has evolved over the last few years as a result of streamlining what each of us brings to the group, both as songwriters and performers. I liken it to a distillation process that has been happening to the Wanted since our last album, and this is the refined product. A little aged with a smoky finish.”

From Richard’s perspective, “What I love about working with Mike Timmins is that he’s gotten us moving even more in that direction by adding a stronger rhythm and percussion presence. To me, it’s a much more modern sound, although firmly rooted in traditional roots sensibilities. The material has become edgier and is delivered with more punch.”

Indeed, the Wanted have grown by leaps and bounds artistically since forming in 2003 out of informal gatherings of songwriters centred around Toronto clubs the Cameron House and the Tranzac. It was a shared love of artists such as Gram Parsons, Townes Van Zandt and Guy Clark that forged their bonds and that continues to guide them nearly 20 years later.

According to Jeff, “The beauty of the Wanted is we’ve never been afraid to cross genres or try something new if it makes the song work. I think our core strengths have been building strong melodies and harmonies that pay homage to traditions but aren’t afraid to branch out.”

There’s probably no better way than that to sum up Strange Flight. With this album, the Wanted firmly establish themselves as a force to be reckoned with, offering a musical experience that will appeal to fans across the roots music spectrum. Find out more at thewanted.ca.

Roddy Campbell talks about the end of ...

Sultans of String is holding an interactive ...