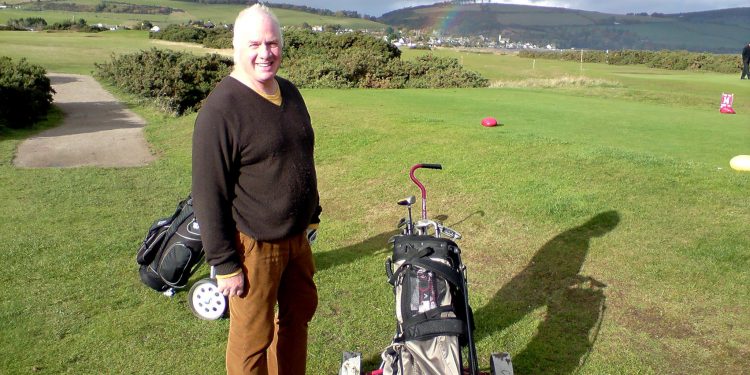 Roddy Campbell is listening to a soccer match and wrestling with cabinets when I reach him at his home in Peachland, BC.

It’s been just over a month since he announced on Facebook that the winter/spring edition of Penguin Eggs magazine would spell the end of the 23-year-old publication, which served as Canada’s answer to America’s Dirty Linen and the UK’s fRoots.

Roddy, who is 68, had spent months trying to find a younger person or group of people with the right mix of business skills and folk music knowledge to take over the publication so that he and partner Annamarie Hamilton could retire to a slower pace of life, but as 2020 drew a close, he said, he knew it was time to wrap things up.

“There was business interest in the magazine, but they had no idea about the music, and I thought, ‘nah.’” Said Roddy, who launched Penguin Eggs after writing about music for the Edmonton Sun, Edmonton Journal, fRoots, Dirty Linen and Sing Out. “This magazine, to me it was special, and I think we did a pretty good job.”

Trying to sell advertising was becoming more difficult too, he said, as advertisers increasingly migrated online.

The end of an era?

And then there was COVID-19.  The magazine didn’t put out a summer issue last year because there were no shops open to sell it in, and nobody could go out and buy it anyway in a lot of cases.

Much has been made in the Canadian folk community of the fact that Penguin Eggs’ closure arrives at the same time as the announcement by the owners of 25-year-old Borealis Records that they are selling the operation to Linus Entertainment and the announcement by Folk Music Ontario of a pending merger with Folk Music Canada.

But Roddy said he’s not sure he’d describe the recent changes as reflective of the end of an era.  Rather he suggested that operations like his got their start during a particular heyday for Canadian folk music.

“When Penguin Eggs started, you think of the talent that was breaking through.  We had David Francey, Harry Manx, the Wailin’ Jennys, the Bills, the Duhks – oh you could go on – the Be Good Tanyas. All that talent was coming out when we started off.  It was like a golden age for a period of four or five years there. I don’t see the major talent breaking through the way these guys did right now.”

That’s not to say he doesn’t still hear things that get him excited, though.  These days, it’s the Cape Breton band Villages and the Newfoundland duo Rube and Rake among others, he said.

He also sang the praises of the Quebec traditional music players and acknowledged the impressive output of the country’s Indigenous music scene.

But honestly, after listening to 1,200 to 1,600 new albums every year as the publisher of Penguin Eggs, Roddy said, he’s looking forward to not listening to as much new music for a while.

“It would be nice to sit back and listen to the music I love, because you never have time when you’re doing the magazine because you’re always going onto the next thing,” he said.

He also has plans to work on two and possibly three book projects.

One is a biography of Winnipeg Folk Festival founder Mitch Podolak, who had an immeasurable role in shaping the western Canadian folk scene.

One is a possible rewrite of his book about the Edmonton Folk Festival, which may involve expanding it to include all of the western festivals.

The third is a possible tribute to Edmonton’s Myhre’s Music, he said.

But for now, his major project is renovating the home in Peachland so he can get his office set up with everything he needs: his books, albums, resources and research all in one spot.

And he hasn’t gotten out of his editor’s routine completely.

“I’m still going through the records looking for that diamond in the rough,” Roddy said. “That I will miss forever.”

Jesse Cook has released a cover of ...