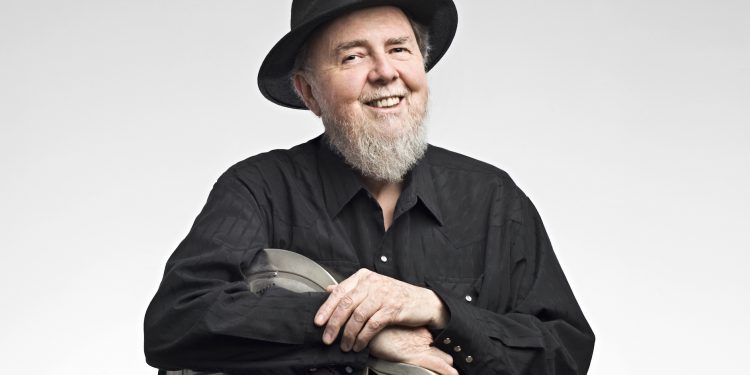 After Brian Blain found his birth family, turbulent emotions that stirred within him inspired him to write a song, in just two hours, about the mother he never got to know.

The affable blues guitarist was in the final stages of producing his new album, I’m Not Fifty Anymore, when Margaret Stowe, who mixed the recording, helped him find his birth family through the Ancestry website.

Based on what he learned from his cousins about his late birth mother, he penned the lyrics for “The Mother I Never Knew.” She loved music, spent her life helping others, was never angry, a kind-hearted woman of deep faith, Brian tells us, with deep feeling in his vocal.

One of the first subjects Brian raised with his cousins was music – did it run in the family, he wondered. He learned that his mother played guitar, had country music on the radio all the time and was married to a guitar player.

“The Mother I Never Knew” is a sequel to “Enfant Choisi,” from his second album, Overqualified for the Blues. In “Enfant Choisi,” Brian, a gifted storyteller and lyricist, recounts the story of his adoption days after he was born at a hospital in Sherbrooke, QC.

“I grew up in Sherbrooke, played in a high-school rock band then a folk trio. In the 70s I was producer/bass player for a couple of ground-breaking groups that came out of the Townships, Oliver Klaus and Fraser & DeBolt,” Brian said. “Since then, I’ve been amusing myself writing songs about the music business and the colourful characters who inhabit it, and lately, since there are no gigs, I’ve been doing some Facebook live streaming.”

Settling in Toronto in the 90s, Brian shepherded many Toronto Arts organizations into the digital age, including the Toronto Blues Society, the Toronto Jazz Festival, NorthernBlues Music and the Toronto Musicians Association. Last year, Brian received the 2020 Maple Blues “Blues Booster” lifetime achievement award from the Toronto Blues Society for his work behind the scenes as an editor, publisher and promoter of Canadian blues artists, connecting up-and-coming musicians with veteran players at his popular Campfire Jams, at Highway 61 BBQ, The Gladstone Hotel and, most recently, The Old Mill.

Some of the top players from Canada’s blues scene contributed to Brian’s excellent new album, I’m Not Fifty Anymore, including an A-list of keyboard players, Julian Fauth, Jesse O’Brien, David Vest and Australian organist Clayton Doley. This album is strong musically and lyrically.

Concerned about the water crisis – millions of people worldwide are without access to clean drinking water – Brian wrote the “Water Song,” about a woman in sub-Saharan Africa searching for water. Kora master Sadio Sissokho brings an afro vibe to this track, joined by Harry Manx on the mohan veena, a 20-string instrument from India. The song also puts the spotlight on the water crisis at home in Attawapiskat in northern Ontario, where tap water has been unsafe to drink for decades.

Brian usually includes at least one tune with his trademark witty lyrics on each of his albums. On the new album, it’s the tongue-in-cheek, self-deprecating title track, “I’m Not Fifty Anymore.” When he performed it at the 2020 Winterfolk Blues and Roots Festival, young and old alike were chuckling. “What greater benefit could I bring to my time on this planet than to put a smile on a few people’s faces,” Brian reflected.

On a serious note, “The Not-Worried Blues (An American Dream)” is a political commentary, described by critic Brad Wheeler in the Maple Blues newsletter as a tune “sung from the blithe, oblivious point of view of a suckered blue-collar rube.” The character, a Trump supporter, believes that Trump could revive dying industries: “And I don’t worry ‘bout the automation / I heard they might be going back to coal.” Brian is joined by members of Downchild, Gary Kendall on bass, Mike Fitzpatrick on drums and Pat Carey on saxophone for this rockin’ tune.

Brian, a Buddhist, provides a Buddhist perspective on Jesus in “You Are Also His Son.” Ken Whiteley rips it up on lap slide and Pat Carey plays some killer sax. “Tai Chi Ten (A Meditation)” is a 10-minute soundscape with some sublime slide and mandolin from Montreal’s Michael Jerome Browne. “It’s a great soundtrack for my tai chi set, which should last 10 minutes when I don’t go too fast,” Brian said.

As a salute to his home province, Brian always includes at least one track in French on each of his albums. “Le Blues Des Cantons (Goodbye Sherbrooke),” on the new album, is a coming-of-age song he wrote about leaving Sherbrooke for Ontario. It touches on his wayward youth.

Despite the fact that physical CDs have not been available until now, I’m Not Fifty Anymore has received repeated airplay on blues shows across the country and even made it onto the 2020 favourite list from Montreal’s longest running blues show, Cha Cha in Blue.

Check out Brian’s YouTube channel to watch a live performance of the title track of I’m Not Fifty Anymore, with Steve Marriner on harmonica (https://youtu.be/q0oWJosuR6Y) ; the video for his “Water Song” https://www.youtube.com/watch?v=jI-1EEQBcR8); archives of his streaming “Blaincasts” and highlights from the Campfire Jam. Visit https://brianblain.hearnow.com to purchase the new album from a choice of platforms.