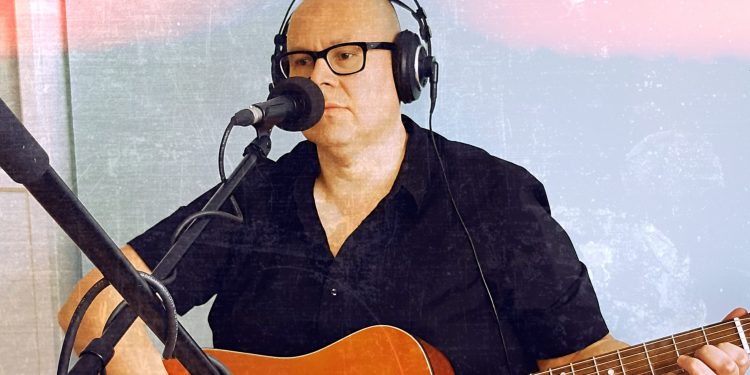 When Kelly Fraser released the song “Rebound Girl” in the summer of 2019, it marked a major creative step forward for the Juno-nominated, Nunavut-born singer and Inuit rights activist who first gained national attention through her Inuktitut-language interpretations of such hits as Rhianna’s “Diamonds.” “Rebound Girl” found her coming into her own as a pop artist and was intended to lay the groundwork for a full album she planned to record in early 2020.

Tragically, Kelly took her own life on Christmas Eve, 2019, the result of years coping with PTSD, racism and cyber-bullying. Kelly’s passing dealt a devastating blow to the Indigenous music community, and especially her Toronto-based producer Marc Meriläinen, aka Nadjiwan. To acknowledge the one-year anniversary of Kelly’s death, Marc decided to re-record “Rebound Girl” with several of the musicians who played on the original version, along with his sons, Fox and Cole, serving as the rhythm section. In re-imagining the song in an elegiac fashion, Marc not only offers a moving tribute to Kelly, but brings the song back to her original vision.

Marc explained, “Kelly came up with ‘Rebound Girl’ as a commentary on a recent relationship that didn’t work out. The only lyric and melody that she had at the time was the chorus. So we sat down at the piano, and within the hour we had the chord progression as well as all of the lyrical content. The original version was more of a down-tempo pop song until we brought in electronic artist Aqqalu Berthelsen, aka Uyarakq, who remixed our original demo tracks into the high-energy pop song it became.”

For Marc, recording a new version of “Rebound Girl” under his performing persona, Nadjiwan, also became an important way for him and others close to Kelly to deal with the void she left behind.

“Kelly was a role model not only to people in her home community but for young and emerging Indigenous musicians everywhere,” he said. “She always spoke about where she came from and tried to educate the general public about Inuk culture at her live performances. I think the obvious example of that is her song ‘Fight For The Rights,’ which directly swayed her community to vote against a land claim offer that would have disadvantaged everyone there in the long term.”

In his own way, the ever-prolific Meriläinen has become a role model for young Indigenous artists as well, having released six albums and four EPs as Nadjiwan since 1995 – recordings that have earned numerous Indigenous music awards and nominations and led to many high-profile live appearances, such as the 2010 Vancouver Winter Olympics and the 2015 Pan-Am Games in Toronto. The early 2020 Nadjiwan album The Dog Lake Sessions was described by Exclaim! in its 9/10 review as “a vibrant narrative told through the movement of intense feelings.” It was followed later in the year by the Nadjiwan “lockdown” EP Anomalous, featuring live versions of previously released tracks, along with a new song written specifically for the project.

In 2021, Nadjiwan will release Star Nation—described as a “space-rock opera”—along with an album of cover songs that he plans to start working on in the summer. Marc views this latter project with a tinge of regret now, since it’s likely to have included “Rebound Girl” regardless of the circumstances.

He explained, “I was already in the process of learning various other songs to cover, and deconstructing them into arrangements that suited Nadjiwan’s overall sound. Kelly always loved our original arrangement of ‘Rebound Girl,’ and I told her I would record that version eventually with my band. With the anniversary of her passing coming, it made sense for me to fulfil that promise on that date.”

Nadjiwan’s “Rebound Girl” is available now on all digital platforms or from headingnorthmusic.com.