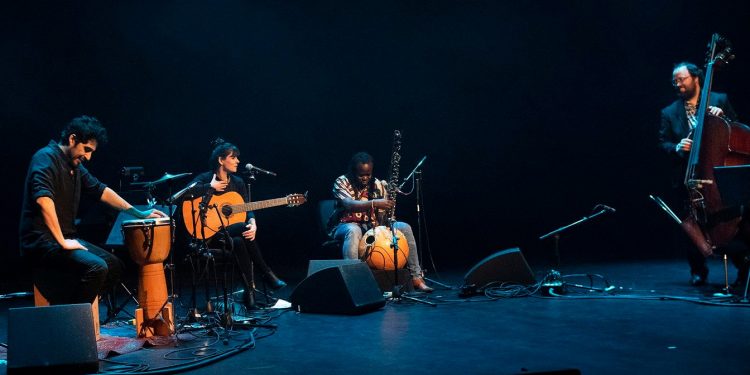 Twenty-twenty was a year of suckage in so many ways but, fortunately, not when it came to music.  I feel like I heard a lot of amazing new songs this year from artists I’d never heard of before.  I also got back into listening to full albums again, thanks to all that extra time we had on our hands.  For the most part, like most people, I’d rather forget most things about 2020.  But here is some of the music that made it memorable.

No album grabbed my attention more this year than this one by William Prince.  That deep voice and relaxed delivery of his, those moving and beautifully-crafted songs, and the intimacy of the production – every time I listen to that album I feel like he’s actually in my kitchen singing to me and my girlfriend, which, by the way, he is welcome to do any time.  I mean, you know, provided we’re all wearing masks and sitting six feed apart.

Back in the heyday of Caribou Records, I used to joke that the unofficial slogan of the Yukon should be, “We have 10,000 residents, and none of our bands suck” – for this was the era that gave birth to Kim Barlow, Kim Beggs, Jerry Alfred and the Medicine Beat, Annie Lou and countless other acts who seemed to emerge fully-formed from the tundra.

Well, the Yukon can hold Nunavut’s beer.  It’s a good thing acts like Tanya Tagaq and the Jerry Cans have ignited interest in the region’s music scene because holy crap!  Is there ever a treasure trove of great stuff where they came from:  Terry Uyaruk, Silla and Rise, Riit, the late great Kelly Fraser, and my new favourite: Juurini, just to name a few.  Saimanirmut is predominantly a folk-sounding record, driven mostly by acoustic guitar, a powerful drumbeat and lovely harmonies and accented with electronica.  It’s only four songs long so please do yourself a favour and give it a listen.

It probably comes as no surprise to anyone that the harp-like kora sounds utterly divine when played alongside flamenco guitar.  It raises the question, how come it’s not been done before? – at least as far as I can recall.  I don’t know the answer; I’m just glad Zal Sissokho did it. The interplay between these two instruments, played splendidly by Zal and Caroline Planté, is just glorious.

In a world chock full of very good old-timey acts, it’s hard to put my finger on exactly what makes Pharis and Jason Romero such a cut above.  All I know is that every time I put on one of their records, I get that feeling I felt the first time I heard Gillian Welch’s Revival. Lots of artists can reproduce the music of the old south.  Very few can transport me back there.

The pandemic hit at the exact worst time for Lynne, who had just released this album and was on the tour of a lifetime through Europe to promote it. And that’s too bad because this is a great album with real emotional sophistication.  “Long Way Home,” for example, manages to be sad, atmospheric and catchy as hell all at the same time.

I don’t think I’ll ever get tired of listening to the opening title track from The Ridge.  It already sounds like a classic, the sort of thing we’ll all be singing alongside Gordon Lightfoot and Bruce Cockburn numbers years from now.  The fact that the rest of the album holds up against it is just a bonus.

Vancouver artist Me:she, a.k.a. Meshe Mooette, a.k.a. Michelle Dumond sent us a video earlier this year that was part pop, part jazz, part world and insanely fun and artistic. I’ve listened to a bunch of her stuff since then, and while it doesn’t all embody the unbridled sassiness of “Nebulous Cloud,” she’s got an unmistakable “sound” that is utterly compelling – especially when she covers Bruce Cockburn’s “Waiting for a Miracle.”

Vancouver’s Gisun has a voice like Sade’s and a sound that blends folk and jazz with influences from her Uruguayan and South Korean roots. I’m inclined to say it’s the Spanish influences that come through most clearly to my ears, but that could just be because I’m much more familiar with South American sounds like bossa nova and tango than I am with South Korean musical styles.  In any case, if you’re a fan of artists like Norah Jones and even early Lhasa de Sela, you will love Gisun.

The six songs on Angel’s latest EP, For Those I Love(d), are a testament to her versatility as a songwriter and vocalist.  “Wish We Were Older” is powerful and vulnerable at the same time. “Love is up the River” is atmospheric and intimate. “Savage” is a cutting political number about the hypocrisy of white supremacy.  The album versions of the songs feature pop and electronic production that helps create some of the moods, but the acoustic video version of “Wish We Were Older” is a breathtaking showcase of Angel’s raw vocal talent.

Danny Bell and his Disappointments

Technically, I discovered Danny Bell two years ago, but a good debut album is sometimes a fluke.  With the release of his second one, Danny’s now proven that it wasn’t a fluke, and I can now put him down as a totally legit discovery. His accordion-driven folk-punk anthems celebrate life in working class resource towns and take the piss out of the Liberal elite. Seriously, what’s not to love?

Adam’s Water on the Draw was one of the freshest things I heard all year.  The PEI based composer and bassist created an album that was part bowed bass instrumentals and part unrestrained vocal performances with reverby honky tonk piano and ambient beds of music, sounds and effects. Listen with headphones if you want to catch all the nuances.

This single from Frazey’s new album, U Kin B the Sun, was one of my early soundtracks to this year. So much unbridled joy!

The Fugitives – “The Next Man Who Dies”

This haunting a cappella number from their new album, Trench Songs – a collection of songs written by First World War soldiers – is the standout from the album.

When Sultans released this video on June 23, we’d all been cooped up in our homes for three months and were just starting to reckon with the reality that this was probably not going to end this year. So what a giant truck full of joy it was to see … people! … dozens of them! … including old friends and colleagues, there on my computer screen holding up signs printed with the things they missed most during lockdown.  What a way to create community! It still uplifts me every time I watch it.

The Edmonton Folk Festival documentary was the closest I got all year to the festival experience.