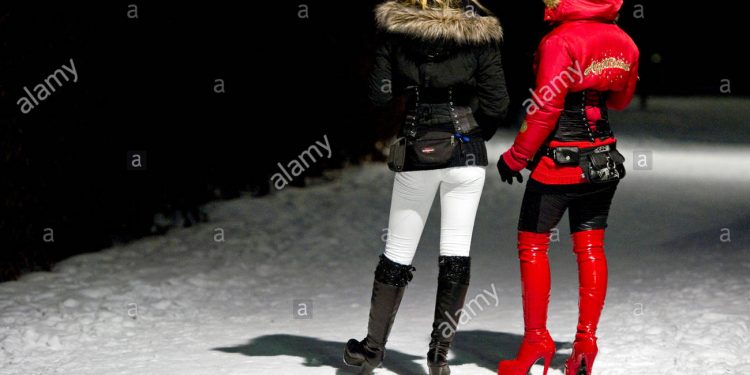 Lynn Miles had been threatening for years to come up with “the darkest Christmas album ever,” and in 2005, she finally delivered Winter, featuring four remarkable live string arrangements and a solid new repertoire that spun into an annual seasonal show featuring ugly sweater raffles and songs such as “Caminos El Camino,” “The Coldest Winter in the History of the World,” and “Twenty Pound Turkey” that commemorate the Christmas season with all the wit of a second Noel (Coward).

Overshadowed somewhat by all this excitement is a solo acoustic song on the record that begins, “Her Daddy was a drunk…”

Hearing that line induces in me, and in many, a Christmas-specific heartchill, comparable only to “It’s comin’ on Christmas, and they’re cuttin’ down trees,” or Jackson Browne’s “All the streets are full of laughter and light and the music of the season.”

I get the feeling that “High Heels in the Snow” is the song that Lynn was born to write. I would never ask if it is her favourite, but I can’t remember a show where she hasn’t played it, and set it up with an uncharacteristically restrained introduction.

There is only a still image onscreen if you open the video for it on her YouTube channel, and she has disabled the comments. I will likewise refrain. Here is the video I made for the song, composed of clips that I found in some dark corners of the internet, and to which I claim no ownership. Cherish your safety.

Holiday recipes from our favourite artists: ...