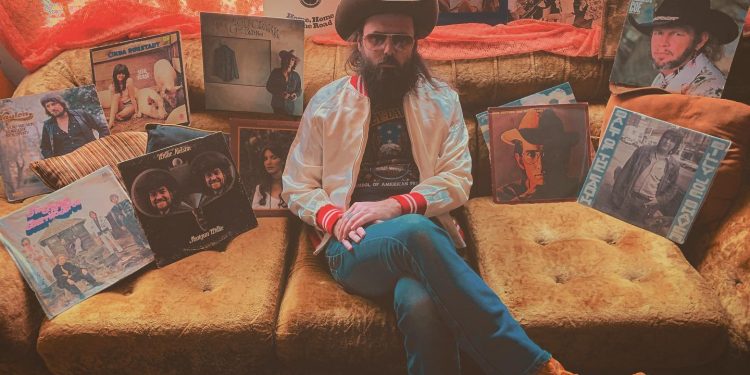 As it is the season, venues and performers are putting aside their inner concerns for more benevolent efforts, such as the Moonshinin’ Music Fest Live Stream, Saturday evening, Dec. 6 at the Rickshaw Theatre in Vancouver.  Organized and hosted by Elliot C. Way, venerable frontman of local roots-rockers the Wild North, the evening featured eight additional diverse acts, some taped earlier just down the road at the Heatley.  For Elliot, this night was a chance to raise funds for the Rolling Thunder Van Club’s Roll For Warmth blanket and clothing drive and to provide some relief to the Downtown Eastside.  For fans, it was a chance to experience a wide variety of local talent, and for the bands and performers, it was a chance to feel the stage again.  As Elliot noted in the introduction:

“In a time where live music isn’t a thing, this is as close as we could get”.

Having released their debut album, Welcome To…The Wild North, at the end of 2019, the band was robbed of a chance to do significant touring around it, as theatres and clubs shuttered in mid-March of 2020.  Regardless, the live stream showcased a tight band with layers of guitars and a veritable wall of sound – comfort food for fans of tube amps and humbuckers, made to be washed down with Jack Daniels and a warm Schaefer beer.

With a wide variety of musical styles on display and performers sitting in with multiple bands, the evening provided a real benchmark for the talent level in the Vancouver music scene.  A standout of the evening was Mike Rosen’s (Lady Mystics, With Wolves) solo set – honest and heartfelt in a way that Ryan Adams fans will appreciate.  Mike turned up later in the stream playing keys and guitar alongside the Wild North, and accompanying Dead Quiet, who were everything but, on ‘boards.

The night kicked off with Viper Central, romping through original material and traditional tunes in bluegrass style.  The four-piece arrangements featured banjo, upright bass, fiddle, and guitar. The only thing that could have made it more authentic was if Ricky Skaggs himself had come out of the wings for a mandolin solo.  Lead vocalist and primary songwriter Kathleen Nisbet’s exuberance kept the set light and flowing.

Other highlights of the evening included red-hot blues from Terminal Station, Jody Glenham debuting songs from her aptly named recent release, Mood Rock, and Bob Sumner.  Bob put in a superb set featuring tunes from his 2019 solo release, Wasted Love Songs, some newer material, and a cover of Billy Joe Shaver’s 1982 hit Ride Me Down Easy.  The album sets Bob’s stark lyrical style against beautifully mixed piano, organ and keyboards and a full rhythm section.  The livestream set, stripped down to his and Etienne Trembley’s acoustic guitars, showcased his vocal range with richness and depth that can command a large room, but with delicate and gentle flourishes that might be buried in an actual live show.  “On Forty Years on The Floor,” Bob channeled Gordon Lightfoot in a way that felt like he might segue into “Cold on The Shoulder” at any minute.  Bob captured the essence of the evening, highlighting the symbiotic relationship among the performers, the venues, and the fans at a time when all are struggling.

In addition to Elliot’s charity, proceeds from the show are benefitting Music Heals, a charitable foundation in British Columbia that provides funding for music therapy in palliative care centres, children’s hospitals, and senior’s centres.