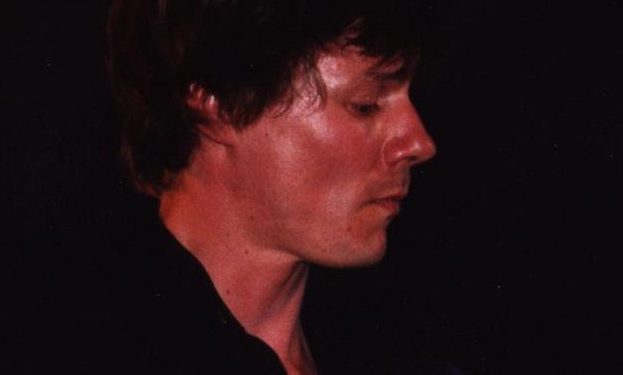 The spirit and music of the late Aylie Sparkes (Peter Thiessan) lives on with the digital release of his debut, and only, album, Beautiful and Deranged. The Manitoba native based in the Yukon, passed away in 2005 of cancer, after the initial release of the album in 2003. Friend and fellow musician Gordie Tentrees has resurrected this wonderful collection of songs in the hopes of raising funds to benefit Aylie’s children.

For more information and to purchase the album, please visit

A hundred per cent of all money from sales benefits Aylie’s children, and there are limited physical copies available.

“The beauty of Bandcamp is you can kick in more if you feel inclined,” Gordie noted.

Aylie was a multi-instrumentalist, singer-songwriter and bright light, who effortlessly spun stories in song in the roots and blues tradition. Just four years after he moved to the territory to hone his music career, earning praise from the Whitehorse Star for lighting up the territorial music scene, Yukoners were forced to bid him farewell.

He was ill by the time Beautiful and Deranged, was released. He couldn’t hit the road to tour and support the record, and it’s never been released digitally. But with Gordie’s help, it now has a wider audience.

“Sparkes was the first real musician who ever played with me,” Gordie said.  Aylie used to give him lessons in music and the music business while they drove to the next gig. Yukon fans, especially, will always remember his specialty: the frenetic slide guitar.

Brigitte), lap steel, dobro, and ghost banjo. The work encompasses themes like religion, love, life purpose, and loss, all sustained by an under-riding strength of spirit required to succeed through adversity. Succeed he did, as the album was nominated for the 2004 Western Canadian Music Awards (WCMA) for Blues Album of the Year – quite an accomplishment in such a short time.

The album was produced by Bob Hamilton and Aylie Sparkes at Old Crow Studios, live off the floor with minimal overdubs. The album features Marc Paradis on drums and  percussion and Paul Stephens on fretless bass and vocals. Special guests include Annie Avery (piano), Roger Gillies (nuked Wurlitzer), and Jay Burr (valve trombone).

Born Peter Theissen in Steinbach, Manitoba, Aylie fell in love with the devil’s music – from Muddy Waters to Hank Williams on vinyl – before hitting Big Dave Maclean’s early-years, Saturday afternoon jam at the fabled Windsor Hotel in Winnipeg. He decided to head west and spend time in the Kootenays, learning slide guitar techniques from Lester Quitzau, and absorbing the tones of Duane Allman, Ry Cooder, and Elmore James. He performed in various configurations with Kootenay/Yukon drummer and friend Lonnie Powell among many others.

He arrived in the Yukon in 2001 in true blues fashion, on an eighth of a tank of gasoline, with $5 in his pocket. He immediately impacted the hearts and minds of anyone he came across, while performing an unprecedented 250 shows in one Yukon year. At the 2003 Dawson City Music Festival (DCMF), he arrived late to his Palace Grand workshop with renowned blues masters Guy Davis (Brooklyn, NY) and Colin Linden (Nashville, TN), sporting wool socks and a purple sarong. He quipped, “The only time you don’t play is when you’re dead or in jail, usually. But this time I fell asleep in the bed of my truck out back. Sorry I’m late. Let’s see where the muse takes us.”

He then proceeded to melt the hearts of audience members, earning worldly praise from Colin and Guy, both genuinely stunned to discover him. A dedicated musical soul, he gave endless multi-instrumental support for other northern artists, including the Pointer Brothers, Kim Beggs, Pat Braden, Anne Louise Genest, Pete and Mary Beattie, Bodra Elia, Gordie Tentrees, Tanya Groundwater, and Bruce Bergman. He passed away after battling cancer, at the age of 38. He is survived by his children, Teka Rae and Olivia Jules Bean.

How Spotify seized control of our musical ...