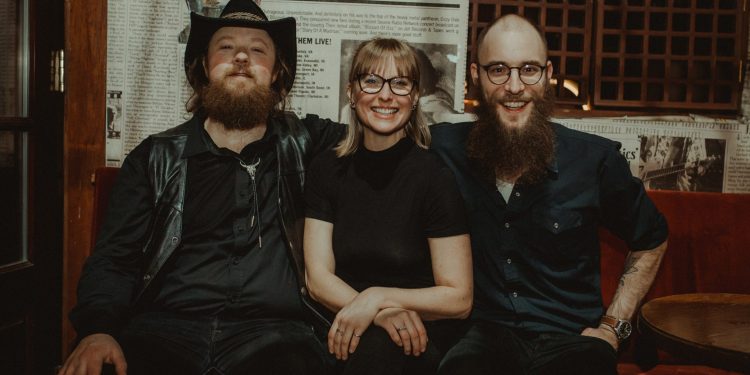 Since releasing her latest album, Bring Out Your Dead, in early October, Vancouver singer-songwriter Leah Barley has been making a strong impression within the folk world, both in Canada and abroad. Much of the praise has highlighted the album’s balance of light and shade, and after showcasing the former with the lead-off single “Mountains,” Leah now has a lyric video for Bring Out Your Dead‘s much darker title track, which we are thrilled to premiere.

Leah explained, “I really wanted to share a raw and personal side of myself, so I focused on songs that expressed that best while making sure there was enough variety to showcase who I am as a musician. Each song has its own interesting story for me, but some of them have a deeper emotional context and an exposed honesty. It made writing them therapeutic and terrifying at the same time.”

Leah is also excited to finally give audiences a chance to hear her perform songs from Bring Out Your Dead live, when her show at Vancouver’s Railway Club will stream live on Boxing Day in partnership with Live Acts Canada. It is a virtual ticketed event, with full details available at vtixonline.com.

It’s as good a way as any to cast 2020 aside and look forward to live music officially returning next year, but as Leah makes clear throughout Bring Out Your Dead, the past is always with us. Through her own banjo and guitar stylings, along with the work of longtime collaborators violist John Kastelic and multi-instrumentalist Ross Christopher Fairbairn, Leah evokes both the jubilation and heartbreak inherent to classic folk and country music on Bring Out Your Dead‘s eight stirring original songs that sound as affecting today as they would have a century ago.