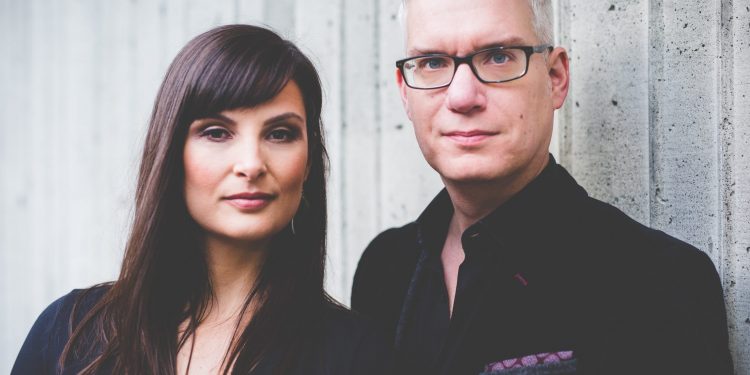 In all of our lives, we’ve had occasion to feel affection and warmth towards an inanimate object. Think for a moment about your favourite teddy bear, doll or even your first car. These are items that you have a personal connection to. But how do you create those same emotions toward something you’ve never touched, something you never could touch, because it’s millions of miles away? That was the challenge facing singer-songwriter Ian Foster.

“I had a month at the residency (at the Banff Centre for the Arts), and they give you this hut that you write in in the middle of the woods,” he said recently. “It was quite idyllic. And actually, I was able to breathe for a second. As someone who writes but also tours and promotes tours and does all that stuff, I found myself able to go back through quite a period of notes that I had made to myself during tours, of things that stuck out to me that I knew I wanted to explore some more. So I had this note on my phone that originated from an article about the Voyager space probe going into interstellar space or “the space between the stars.” In my phone it said, ‘Write song about space probe.’ Which is probably less romantic of an idea for writing than most people want to hear!”

The lengthy time at the Banff Centre gave Ian time to figure out how to approach the subject in a meaningful way.

“I had all my [performing] equipment, my delay pedals and my reverb pedals. Usually I sit down at a piano or [with] a guitar in that typical organic way. This was one of those first times where I sat down with the effects baked into the writing of the song. It was a really interesting experience. It sets different moods. You’re writing about a subject but you’re feeding off that energy, so the song pretty much came out whole-heartedly there. Then when I got home, I handed this microphone that was plugged into my guitar pedal to Nancy [Hynes] and said, ‘let’s try some stuff.’ That ended up becoming what I think is a really integral part of the song, which is Nancy’s ethereal vocal that happens throughout.”

Listening to “Voyager” can be used as a study in the crafting of a song, an important lesson for any budding songwriter.

“There’s a little of the humanising of the object there,” Ian said, “in the sense that around that time, the article noted some funny phrasing like ‘it’s middle-aged’ because it was 40 years old. And that they expected it to last maybe a couple of years, and this thing is like a dark horse. It’s out there exceeding expectations and reckoning with its own ‘shut off.’ I mean, it’s obviously not [shutting off], again personifying the technology. But certainly something we can all relate to. But I think, broader than that, it’s more about us down here. We’re looking to this little thing that we made to hopefully enlighten us a bit more about the broader universe around us.”

Accompanying the release of the song is an animated video created through MusicNL’s Press On program, which was started to assist the local music industry during the current COVID-19 environment. The video gives the song an added dimension of meaning since it introduces a character who worked on the Voyager program.

“That came via a New York Times article I read,” said Ian. “It was a great deep-dive into some of the engineers behind Voyager. I was struck by the intro. One of the engineers drove over a couple of states to go to work on Voyager, and that was the furthest he’d ever travelled at that point! And of course the immediate parallel is evident. This person would go on to continue to work there for 40 years in an office and then retire. And the thing he was working in the office for, is the furthest-flung object in human history! So I think the video kind of paints that picture of the parallel lifetimes.”

As Ian mentioned earlier, his partner, Nancy Hynes, supplies the ethereal vocals in “Voyager.” In 2018, they released the album, A Week In December, which has gone on to win a MusicNL Award and an East Coast Music Award. The last two years, Ian and Nancy have toured the country in support of the release, but of course, this year things are different.

How to do a holiday tour during COVID

“The big question this year was what do we do about what has become the annual tradition of a Christmas tour?” he said. “We went through all the things every musician is thinking about right now – will we do a live stream? We’ve enjoyed them, but of course you’re limited to what equipment you have in your house, audio, the location of it, all that stuff. So we decided we would pre-tape [a performance], which would allow us more freedom, [with] multiple cameras, great audio gear, a different location. We realized as well, because of the situation here in Newfoundland [where] we have relatively few [COVID] cases, we were able to have a couple of friends come in, still socially-distanced, but we could pre-tape them as well. As we were sort of re-inventing the wheel to us, we eventually sat back and went, ‘I guess we’re filming a Christmas special!’ A good old fashioned Christmas special. So that’s what we did.”

There will be six chances to watch the special “on demand” as they are being presented in conjunction with various venues, ranging from ones in Glen Morris and Toronto in Ontario to Fredericton, NB and Rockport, MA, along with St. John’s and Lewisporte in Newfoundland. The tour starts today and runs until Dec. 12.

“Each night is going to be like a night on tour,” Ian said.

Just go to the “Tour” page on Ian’s website and pick the night you want to be a part of and purchase your ticket through PayPal. While the bulk of the show is pre-taped, each night will be a bit different.

“We’ll be there on those nights,” he said. “We’ll be on the webcam at the beginning of the show to chat for a little bit and do a thing at the end. We’ll also be there in the ‘live chat’ during the show.”

Besides having a career as a busy singer-songwriter, Ian has also directed a couple of short films, “One More Song” and “Keystone,” along with some music videos.

“It’s something I’ve been doing more and more over the last eight years maybe,” he said. “It’s gradually dovetailing more and more with my music work, which is exciting for me,” he said. “If I could tease it, there’s going to be more of an amalgam there with this next record. There’s going to be a continued video presence to go along with that album coming out in 2021.”

The last number of years has also seen Ian producing other artist’s work, most recently the title song from Graham Lindsey’s new album, The Next Best Thing, which featured The Small Glories.

“That was such a cool experience!,” he said. “What a quintessentially Canadian production experience during a pandemic. I’m here in Newfoundland, Graham is in Ottawa, the Small Glories are spread out in the Prairies. The song was mixed in Montreal. It was all done remotely. For the mixing session in Montreal, Graham was in Ottawa, I was listening through my studio setup, and I was able to ‘live listen’ to the mix session and ask for [instrument adjustments]. It would happen in real time. As a producer, it was the first time working with the software, and I’ve since done it on my own record with my co-producer, Mark Turner, who’s in Toronto. There’s lots in the news about how bad technology can be, but there’s definitely some really cool things about it these days.”

To find out more about Ian Foster and his online Christmas special, his website is: ianfoster.ca.

Jeffery Straker – ‘Have Yourself a Merry ...