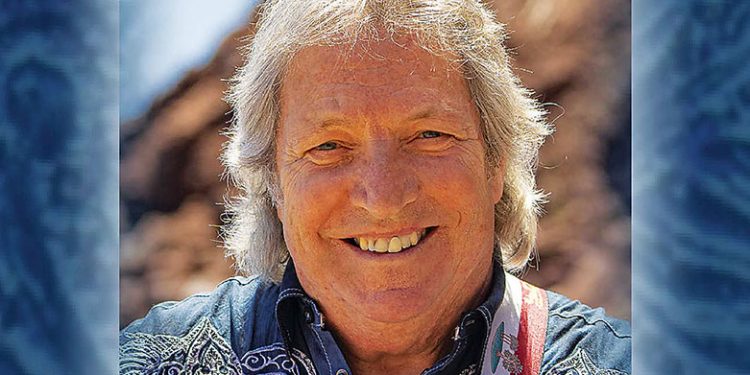 In 1968, Gordon Belsher’s band, the Heat, supported the Who at the Edmonton Gardens. With too many guitar players in the band, and having purchased a “Beatles” Hofner bass two years earlier, Gordon was glad to take up the duties as the bass player.
A year later the band loaded their van and boarded the Empress of England from Montreal and arrived in Liverpool.

With no prospects or gigs, the Heat stormed the UK with enthusiasm. The month-long adventure gave the lads a good lay of the land as they hit the top rock’n’roll cities of Liverpool, Manchester and London. Sadly, there were no gigs to be had, as this would have taken months of advanced preparation, and the agency that had promised the UK tour, reneged on their agreement, leaving the young Canadian band to their own devices.

Arriving back in New York City, the Heat made the long trek back to Edmonton and agreed to go their separate ways. No hard feelings.

Gordon managed to keep gigging and was making quite a name for himself as a bass player. Rockabilly pioneer, Buddy Knox, famous for his top single “Party Doll,” hired the young Gordon for a six-month tour that crossed Canada several times in the early ’70’s. In between gigs and touring Western Canada with Patch, a massively popular cover band at the time, Gordon managed to find time to study Radio and TV Arts at the Northern Alberta Institute of Technology. He also managed to strike up a friendship with Charlene Drouin, who has been his wife for 48 years. In 1978 they moved to Guernsey Cove, PEI.

Once settled on PEI, Charlene and Gordon became the folk duo known as Jar O’ Comfort, and in 1981 released a vinyl LP, followed by two more albums over the subsequent five years.

Gordon continued to gig steadily and make a name for himself as an engineer, producer and sought-after session player.

At the 1995 East Coast Music Awards in Sydney, Cape Breton he joined 16-year-old fiddler Richard Wood for a showcase performance. The Richard Wood Trio, with Gordon on guitar, toured extensively in Canada and around the world in the late 90’s.

Working with other PEI artists

In 2002, a fearless young fiddler, Cynthia MacLeod, recorded her debut album at Gordons Guernsey Cove studio. It won the PEI Music Award for Album of the Year. In support of the album, Gordon and Cynthia toured extensively until 2007.

A break in touring allowed Gordon to form a quirky eclectic trio called Saxafras with daughter Savannah and future son-in-law Todd MacLean. The album that resulted from this union remains one of Gordon’s finest recordings and his personal favorite.

Reunited with Richard Wood, the two once again traveled the globe. Wood’s album Unbroken was recorded at Guernsey Cove and was mastered by the legendary Bob Ludwig at Gateway Studio in Portland, ME. It went on to win an East Coast Music Award in 2019.

Gordon’s latest album, Aging Gratefully, is the 121st project out of his studio and the culmination of 55 years as a working musician.

The opening track, “Mainstreet,” essentially asks the same question the Kinks asked in 1965: “Where have all the good times gone?” Written by the American folk singer, Dave Mallett, Gordon does an exquisite cover of this very timely tune.

“Coridinio” is a stunning instrumental track where Gordon takes musical inspiration from Spain and borrows a 16th century Irish and British dance groove to create something very unique and very much his own. It’s a convoluted masterpiece.

In the tradition of “old country” Gordon pays tribute to his Dad and to a bygone era when country music ruled radio and television with a wonderful rendition of Smiley Burnette’s “My Lazy Day.”

Having got the “British Invasion” bug in 1969 when traveling through the UK, there was no way Gordon would not hear the Yardbirds on the van radio. “Little Games,” recorded in 1967 by the band, was perhaps the song that got Jimmy Page thinking about a band called Led Zeppelin. Gordon does a playful job with the song and clearly understands that this tune heavily influenced the beginning of American psychedelic and hard rock.

The 1977 live recording of his band Patch doing Thelma Houston’s “Don’t Leave Me This Way” is killer! One can’t help hearing the white soul influence of Steve Marriot of the Small Faces as the lead vocalist and a very tight band tear this one up! The live cassette recording is priceless.

The next three tracks on the album feature various musical incarnations of Gordon and his wife, Charlene. Like their contemporaries, Steeleye Span, Fairport Convention and Pentangle, the duo-turned-trio embrace Irish traditional music as the bedrock of their evolving repertoire of gorgeous melody and harmonies.

Aging Gratefully begins to conclude, and way too soon, with a light and tasty rendition of “Paper Moon” performed by Saxafras.

“Song For A Winter’s Night” was not written during the winter with the snow falling; instead, Gordon Lightfoot wrote it in July, during a thunderstorm, in Cleveland, OH. It is a beautiful love song nonetheless, and Gordon Belsher treats it with the respect and tenderness it deserves. It is a fitting finale to this historical musical journey and engaging collection of tunes.

After winter comes spring, so one can hope that Gordon has another batch of songs in the works to celebrate another year and season of rebirth.

In a business that attracts those frantic for fame, Gordon has always offered his musical and technical skills to encourage and promote others. He has finally taken the time to tell his story, and the world is a better place for him doing so.

Aging Gratefully is available at http://www.guernseycove.ca